Diversity and inclusion sits at the heart of digital growth. The tech sector understands that innovation thrives from diversity of thought and is continually looking to attract, recruit and retain a diverse workforce. techUK is proud to support a number of initiatives that promote this, from doing outreach work to ensure that people regardless of their background are inspired into tech, to initiatives that help build more inclusive workplaces for those with different accessibility needs.

How do your equality, diversity and inclusion (EDI) practices stack up?

WithYouWithMe has partnered with YouGov to undertake research into the ED&I practices of UK organisations - and uncovered some surprising results.

Diversity, equity and inclusion: An overview of anonymised recruiting

This report from techUK member MeVitae looks into to the question every HR leader has right now: how well does anonymised recruiting actually work?

The strength and power of Ada Lovelace Day

The achievements of women in STEM are celebrated today (11 October) as we remember Ada Lovelace and look to inspire future generations of female tech leaders.

Nina Driscoll, EY Financial Services Director talks about the impact words can have in in the workplace, and what change is needed to shape a more inclusive working culture this National Inclusion Week.

NeuroUnity – Many minds, one mission

David Crowther, Senior Project Manager at Micro Focus looks at why accessibility is needed within the early stages of the software development cycle.

What the pandemic has reminded us about web accessibility

Ashley Firth, Global Head of Front-end Development and Accessibility at Octopus Energy highlights two things to focus on when it comes to web accessibility.

Accessibility over the pandemic

This Global Accessibility Awareness Day, here’s how you can foster a more inclusive workplace and help lead the universal design transformation.

Sian Wilson, Executive Director of Commercial at The Skills Network provides tips to the tech sector on tackling bias.

In this very special edition of the techUK podcast, techUK celebrates International Women’s Day 2022 by talking to tech female Heads of Policy of big tech within our membership.

techUK has catalogued how members are committing to ethnic diversity in the tech workforce and are pushing for progress. Effective and sustainable solutions must cover all aspects of a company - the people, its processes, and its culture. It explores approaches from our membership focusing on four things: action in the community to inspire the next generation; attraction and recruitment; getting workplace culture right; and the development of diverse talent.

In this very special edition of the techUK podcast, techUK celebrates International Women’s Day 2022 by talking to female Heads of Policy of big tech comapnies within our membership. Moderated by techUK's Nimmi Patel, Policy Manager – Skills, Talent & Diversity, and Lulu Freemont, Head of Digital Regulation, techUK, we hear from an inspiring panel all about their experiences of working in digital policy and what more needs to be done to support inclusivity.

techUK is recommitting to doing our bit to banish manels (all male panels) to the history books where they firmly belong. Since August 2017, techUK has made a commitment to abolish all-male panels (manels) at events and are ensuring we have gender diversity on our membership councils. We also strive to ensure that the events hosted at techUK adhere to this commitment and that our staff ensure the events they attend or speak at are gender diverse.

techUK highlights ways it's pushing for more diversity and inclusion within the digital sectors, across it's membership. techUK's member companies are themselves diverse, operating across numerous sectors and all with their own individual hiring, training, and retraining practices. The journey these companies are on with their diversity and inclusion practices will be very different. However, the direction of travel is the same.

Get a monthly round-up of all the latest Skills, Talent & Diversity news from the tech industry straight to your inbox.

techUK is proud to support the Leaders As Change Agents Board's Employer & Employee guide which has been specifically designed for CEOs and their leadership teams to help them deliver better inclusion, fairness, opportunity and value for every UK employer and employee.

The Guide sets out 8 tangible commitments for adoption as the cornerstone of a better workplace. The guide also includes a comprehensive step-by-step resource guidance to help organisations with adoption and effective delivery.

Check out the guide 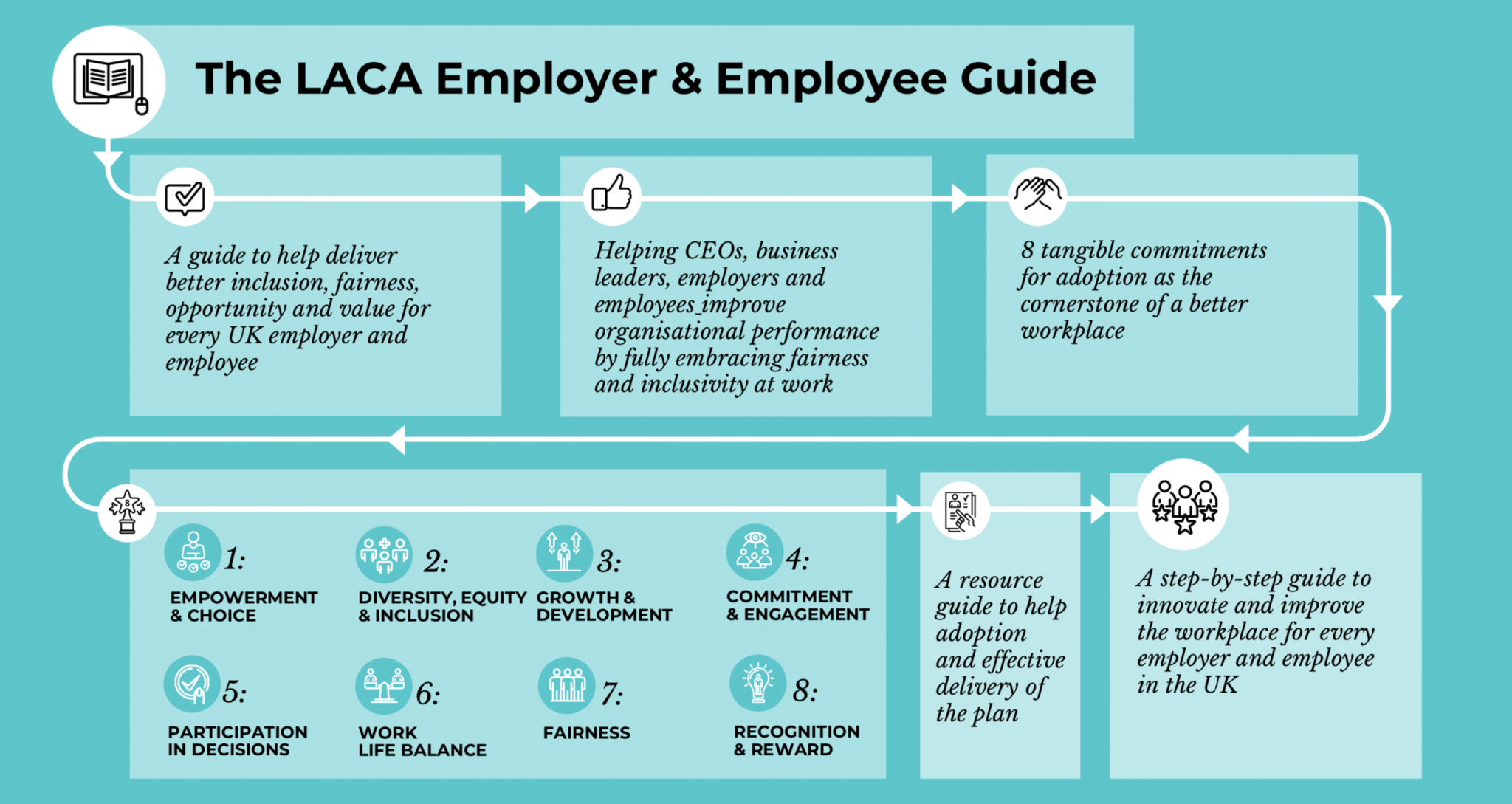 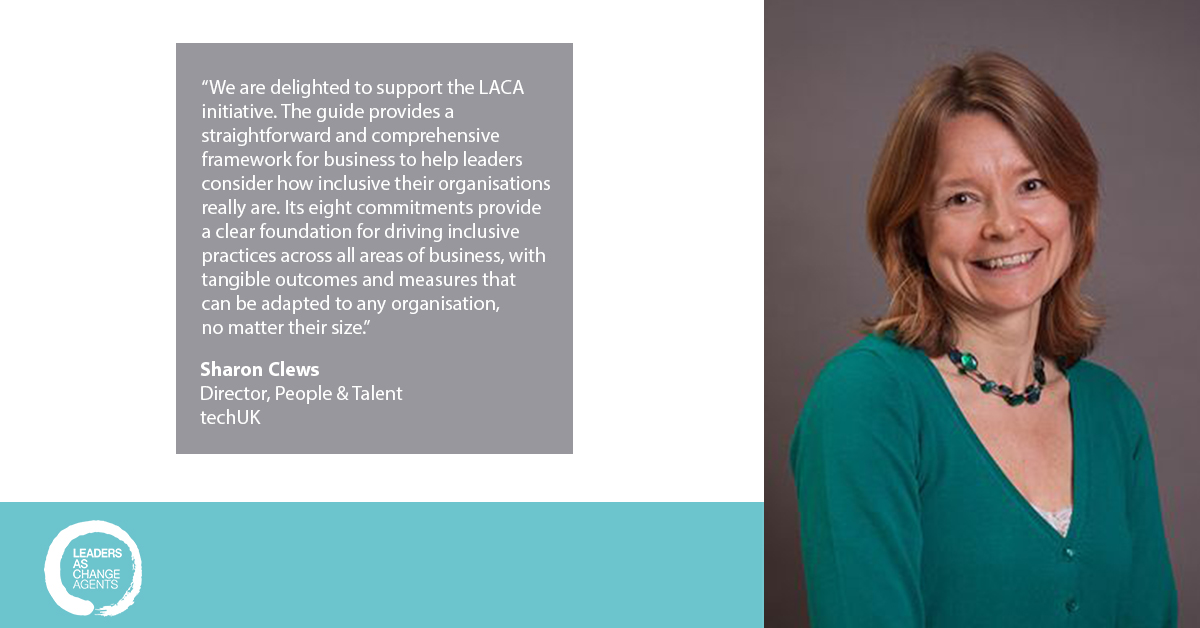 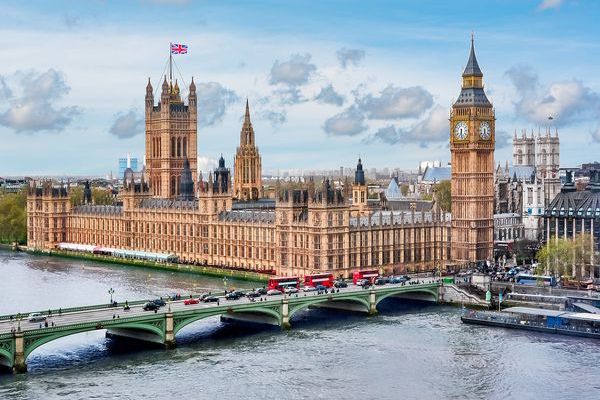 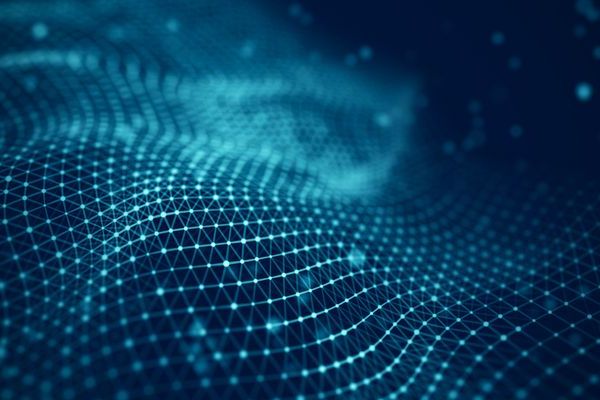 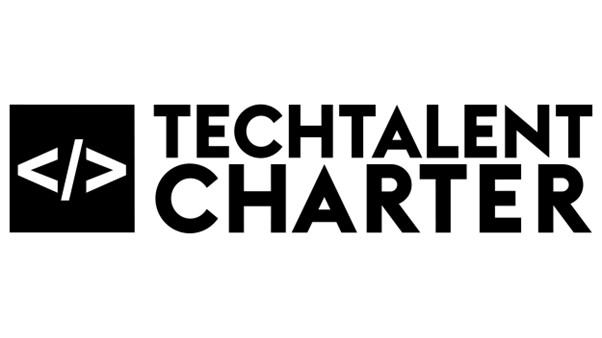 techUK is a policy partner and Signatory of the Tech Talent Charter (TTC). TTC is a government-supported, industry-led membership group that brings together 720+ Signatory organisations and equips them with the networks and resources to drive their diversity and inclusion efforts. Their broad base of Signatories includes companies and industries of all sizes, non-profit organisations, charities, leading UK educators, and government departments.

The TTC was created in 2015 to address the UK’s tech talent shortage and diversity problem through collective action. The goal is for the UK tech ecosystem to be a diverse and inclusive community where people from all backgrounds are welcomed and valued for their contributions.

Becoming a Signatory of the TTC is free, find out more here.

All techUK's work is led by our members - keep in touch or get involved by joining the group or programme below. Our D&I working groups provide business intelligence, networking and event opportunities. Get involved if you are a techUK member. 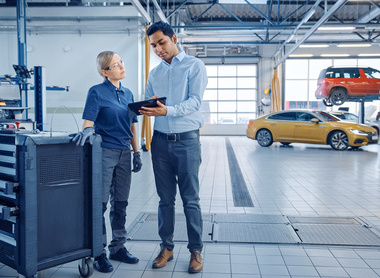 Making the UK the best place to start and grow a digital business is contingent on our ability to skill, attract and retain the brightest global talent. techUK’s Skills, Talent and Diversity Programme seeks to ensure the UK has a world-leading tech workforce by equipping the pipeline of talent with digital skills to become digital leaders, attracting and retaining a diverse workforce & making sure the UK is an attractive location for talent from across the world. 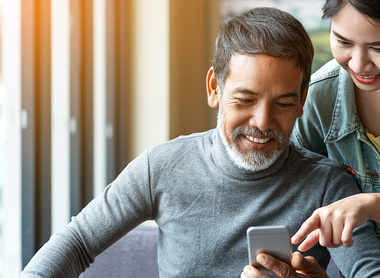 The Skills and Diversity Council aims to support the wider diversity and inclusion agenda in the tech sector and use their convening power take concrete steps to help the UK develop skills for the modern economy. The Council brings together some of the most influential networks and people working across the industry to champion diversity in tech. 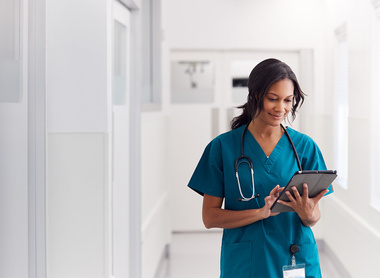 Delivering 21st Century Health and Care requires a digitally-skilled workforce. The Skills and Diversity Working Group is supporting the NHS and social care bodies to develop the next generation of digital leaders while encouraging diversity and inclusion in healthtech. For more information, please contact: Leontina Postelnicu| Programme Manager, Health and Social Care. 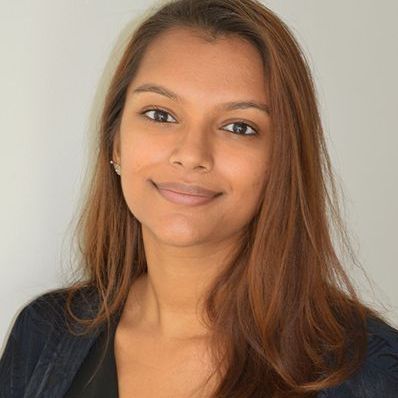 She works on all things skills, education, and future of work policy, focusing on upskilling and retraining. Nimmi is also an Advisory Board member of Digital Futures at Work Research Centre (digit). The Centre research aims to increase understanding of how digital technologies are changing work and the implications for employers, workers, job seekers and governments. She is also a member of Chatham House's Common Futures Conversations

Prior to joining the team, she worked for the UK Labour Party and New Zealand Labour Party, and holds a BA in Politics, Philosophy and Economics from the University of Manchester and is currently studying MA Strategic Communications at King’s College London. 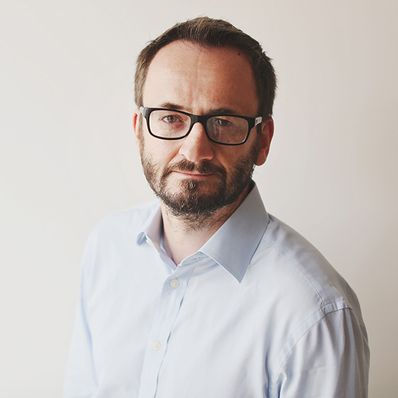 Antony Walker is deputy CEO of techUK,  which he played a lead role in launching in November 2013.

Antony is a member of the senior leadership team and has overall responsibility for techUK’s policy work. Prior to his appointment in July 2012 Antony was chief executive of the Broadband Stakeholder Group (BSG), the UK’s independent advisory group on broadband policy. Antony was closely involved in the development of broadband policy development in the UK since the BSG was established in 2001 and authored several major reports to government. He also led the development of the UK’s world leading Open Internet Code of Practice that addresses the issue of net neutrality in the UK. Prior to setting up the BSG, Antony spent six years working in Brussels for the American Chamber of Commerce following and writing about telecoms issues and as a consultant working on EU social affairs and environmental issues. Antony is a graduate of Aberdeen University and KU Leuven and is also a Policy Fellow Alumni of the Centre for Science and Policy at Cambridge University. 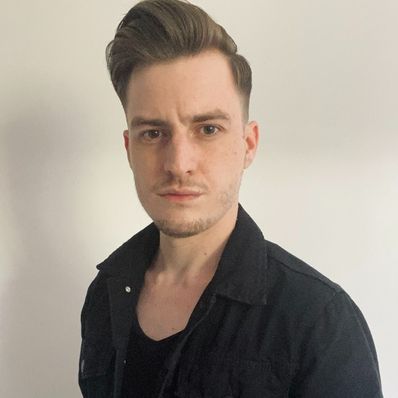 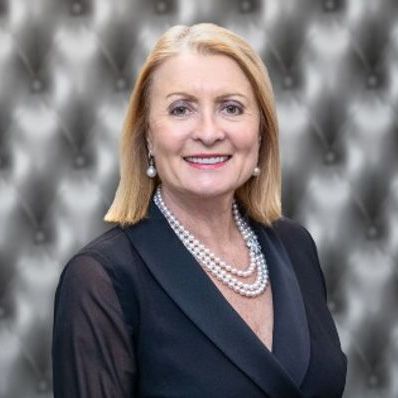 Sheila is the President of techUK and Chief Operating Officer and Executive Board Director of FDM Group. She has over 30 years’ experience in both the public and private IT sectors. Sheila played an integral role in the Group’s flotation on AIM in 2005 and was a key instigator of the management buy-out of the Group in 2010 and its subsequent listing onto the main FTSE Market in June 2014 and more recent entry into the FTSE 250.

Sheila’s experience and knowledge of the sector has been crucial in driving the Group’s global expansion programme. She is fully committed to promoting all forms of diversity, especially women in Tech and spearheads FDM’s Women in IT campaign and FDM’s ‘Getting Back to Business‘ programme, aimed at providing opportunities for women looking to return to the workplace. She is frequently called to advise government committees on various issues. Most recently she gave evidence to the House of Commons Science and Technology Select Committee on bridging the digital skills gap.

She has won numerous awards over many years for her services to the Tech industry, including a ‘Lifetime Achievement Award’ by ‘Scottish Women In Tech’ and was most recently recognised in the 2020 New Year’s Honours List, by being awarded ‘Commander of the Order of The British Empire’ for services to ‘Gender Equality in IT and Graduate and Returners Employment.’ She is regularly listed as one of the Most Influential Woman in Tech in the UK, by Computer Weekly and has also been regularly named as one of the Most Influential Women in the North American Mid Market’ by CEO Connection.

Sheila is a keen helicopter pilot who also likes to plant trees, play golf/ski and cycle.

Our members develop strong networks, build meaningful partnerships and grow their businesses as we all work together to create a thriving environment where industry, government and stakeholders come together to realise the positive outcomes tech can deliver.