The Climate Change Committee is an independent, statutory body established under the Climate Change Act (2008), with the purpose of advising and reporting on the Government’s progress on tackling climate change. Each year before the end of June they are required to produce a progress report, the latest of which can be found here.

A broad context as set out in the report is as follows:

The Committee makes 6 key messages to Government on how to improve their performance on climate change mitigation:

The committee identifies the potential for supplementary frameworks on agriculture, electricity decarbonisation (by 2035) and waste management.

This report echoes similar positions to those taken by techUK, primarily around the lack of demand side solutions to the cost-of-living crisis and the shortcomings of the energy security strategy. Tech has the potential to fix issues of energy efficiency in buildings with smart meters, modern heat pump systems and IoT technology in some cases.

There are also innovative tech solutions which could aid the delivery of several of the areas outlined in message 2. Renewable energy generation and deployment require valuable tech skills, and there are plenty of ready made low-carbon transport solutions which are waiting to be scaled.

techUK supports the findings of this report and affirms that without more active support of the private sector by Government, the transition to a low carbon society is likely to take longer than the timelines set out in the Net Zero strategy.

What is clear from this report is that there has not been enough focus on how digital technologies can enable net zero. The World Economic Forum says digital tech deployment can reduce global emissions by 20%, and digital tech also delivers other proven benefits such as cost savings, new business models and productivity gains. Therefore, the UK government should set out how it expects heavy emitting sectors to adopt emissions reducing digital tech.

techUK provides opportunities for members to showcase climate tech innovation. Members are invited to speak at events, contribute to reports, write blogs, run webinars, and take part in podcasts that support their environmental action. We strive to amplify the sector’s commitment to sustainability. To discuss how we can support you, please visit our Climate Action Hub and click ‘contact us’. 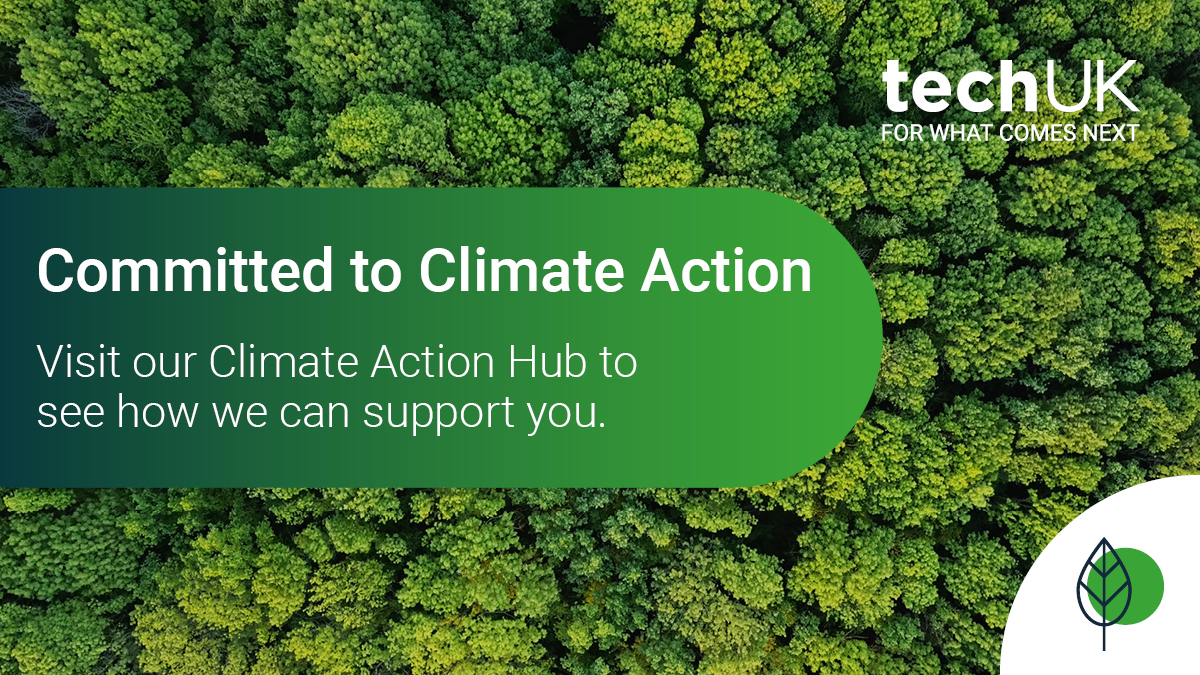 Adam has a Masters in Climate Change: Science, Environment and Policy from King's College London, as well as a Batchelor's degree in Wildlife Conservation from the University of Kent.

The Environment Programme encompasses many different areas of the tech market and policy sphere. Climate change is the highest policy priority for the programme, with ethical resourcing, supply chain due diligence, build environment digitalisation and economic circularity becoming increasingly prominent in the programmes activities.

Before working at techUK Adam worked in the NHS. His interest in nature and conservation led him to going on several conservation projects abroad including Peru and Fiji, working with caiman and tropical fish. When Adam is not saving the planet, he is either playing music, at the gym or playing cricket in the summer.