On Tuesday 5 April, techUK was delighted to host the Cabinet Office and industry representatives for the launch event for the UK Government’s Digital, Data and Technology Sourcing Playbook which was published on 28 March 2022.

The DDaT Sourcing Playbook sets out guidance – in one place – as to how digital projects and programmes are assessed, procured and delivered in central government departments, arms-length bodies and the wider public sector. Through the application of what is commercial best practice, the Playbook addresses 11 key policies and six cross-cutting priorities that will ensure government gets things right from the start when it comes to procurement.

Opening the event, techUK’s Director of Markets Matthew Evans noted that techUK and its members very much welcome the Playbook; and, in particular, highlighted the collaborative process that has been at the heart of its development. Indeed, the Cabinet Office is not only to be commended for consulting with industry, but also – and critically – with colleagues across the DDaT profession to secure the best possible outcomes for government procurers and suppliers alike, while delivering value for money for the UK taxpayer. techUK looks forward to this collaboration continuing throughout the Playbook’s implementation, too, to ensure that success is measured and the rules are followed.

Keynote from the Minister for Brexit Opportunities and Government Efficiency

The keynote speech at the launch was delivered by the Minister for Brexit Opportunities and Government Efficiency, Jacob Rees-Mogg, who holds administrative responsibility for the Playbook.  Acknowledging the tech sector’s fundamental importance to the UK’s economy, the minister reflected upon how the Playbook was developed, how it will achieve value for  the tax payer, how it will support and facilitate innovation and how it will effect cyber security: noting that it will help government in its procurement, industry in its sales and ensure the delivery of maximum value for money and efficiencies – a key theme.

The minister outlined the Playbook’s cross-cutting priorities which include taking an outcome-based approach; avoiding and remediating legacy IT; cyber security – secure by design; enabling innovation; levelling the playing field for SMEs (for example, with the publishing of commercial pipleines); and driving sustainability. The minister also emphasised the importance of collaboration between government and industry going forward, as well as the importance of the Playbook in making the procurement process simpler, more straightforward and cheaper for suppliers to be engaged with. In addition to improving and enhancing the relationship between the public and private sector, the minister concluded that the ultimate and overarching outcome or positive impact will be for the UK taxpayer – with better access to government services at a better price.

Mr Rees-Mogg also took the time to acknowledge the importance of ministerial support in championing and maintaining the course of the Playbook and its intended outcomes – including the need to do things effectively as well as efficiently; and he noted his commitment to support with energy.

After the minister’s speech, attendees heard from our five panellists:

The discussion then opened up with questions taken from attendees touching on topics including why the collaborative effort worked so well for this Playbook; plans to engage the wider public sector, such as local government, to adopt the Playbook; the planned changes to procurement legislation; the reality of pipeline transparency and previous difficulties in navigating this data; the mechanisms that will be used to benchmark/evaluate those using the Playbook (government buyers) to see if it improves outcomes and behaviours; and how to make the bidding process easier for SMEs.

You can watch the recording of the launch event in full here: 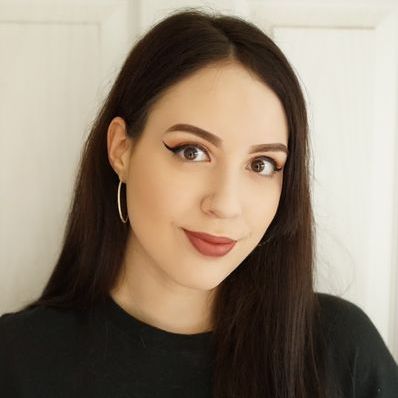 Ellie joined techUK in March 2018 as a Programme Assistant to the Public Sector team and now works as a Programme Manager for the Central Government Programme.

The programme represents the supplier community of technology products and services in Central Government – in summary working to make Government a more informed buyer, increasing supplier visibility in order to improve their chances of supplying to Government Departments, and fostering better engagement between the public sector and industry. To find out more about what we do, how we do this and how you can get involved – make sure to get in touch!

Prior to joining techUK, Ellie completed Sixth Form in June 2015 and went on to work in Waitrose, moved on swiftly to walking dogs and finally, got an office job working for a small local business in North London, where she lives with her family and their two Bengal cats Kai and Nova.

When she isn’t working Ellie likes to spend time with her family and friends, her cats, and enjoys volunteering for diabetes charities. She has a keen interest in writing, escaping with a good book and expanding her knowledge watching far too many quiz shows!