London, the South East and East of England perform well, but the new report notes the necessity for levelling up in Northern Ireland, Wales and North East

LONDON, 24 October 2022: Future economic growth could be held back because of the ‘stark regional divides’ in the UK’s technology sector, says techUK in a new report published today.

The technology trade association has published the second iteration of the Local Digital Capital Index (LDC Index), which measures the strengths of the UK’s regional digital ecosystems, and concludes that a technology sector concentrated and reliant on the South of England isn’t sustainable for the wider UK economy. The trade body has called on the Government to work with the industry in order to secure future growth in the sector, create jobs and invest at a local level.

The LDC Index assessments are made across six components: digital infrastructure, finance and investment, skills, digital adoption, research and development, and trade. The findings present a picture of a nation digitally divided; techUK notes that there is a split between rural and urban areas but also between the South and the North and UK nations.

However, Northern Ireland, Wales and the North East of England don’t perform as well, even though digital connectivity is relatively strong in the North East.

The lack of a consistently strong digital ecosystem across the UK poses a threat to the growth of the country. The technology sector has been growing exponentially, leading to more jobs and higher wages, and the Index shows that further investment is essential to tap into the digital ecosystems of those local areas currently falling behind to ensure their growth and for the benefit of the citizens.

techUK strongly calls for closer collaboration between local and central government and the tech industry to fill these gaps, and has listed ten recommendations to government to achieve urgent levelling up across the UK’s nations and regions:

There is a stark divide in the UK’s local, regional and national tech scenes. If we want to back the UK’s future economic growth, that can’t be allowed to continue. The technology sector has been growing exponentially and has the potential to add an extra £41.5 billion to the UK economy, however, for that to happen it needs to be strong across the whole of the UK. In the Local Digital Capital Index, we strongly encourage Government to work with the tech industry to ensure we achieve the levelling up, boost local communities and the overall economy.

Having a data tool like the Local Digital Capital Index enables policy makers, businesses and civic leaders to make choices grounded in evidence. Our six critical components span infrastructure, skills, finance and investment, trade, adoption, and research and development. Taken together, they paint a picture of opportunity and challenge. Particularly through these times of great hardship for so many, I am hoping the findings help both those in power and those who need a voice on the ground take positive steps for change.

Against the backdrop of a cost-of-living crisis, it is more important than ever that local communities can harness the potential of a growing digital industry to ensure their future prosperity. Using our experience at developing innovation and skills, we aim to work with other industry partners and third sector organisations to help develop local, place based digital skills pipelines. We call this 'Innovating Up’.

Atos and techUK Board Member

techUK champions the tech sector throughout the UK. We work with local authorities, devolved government, and local and national policy makers to advocate for the tech sector in strengthening economic growth and resilience. We provide opportunities for our members and local stakeholders to meet, build relationships, and collaborate to drive forward local projects. For more information or to get in touch, please visit our Nations and Regions Hub and click ‘contact us’. 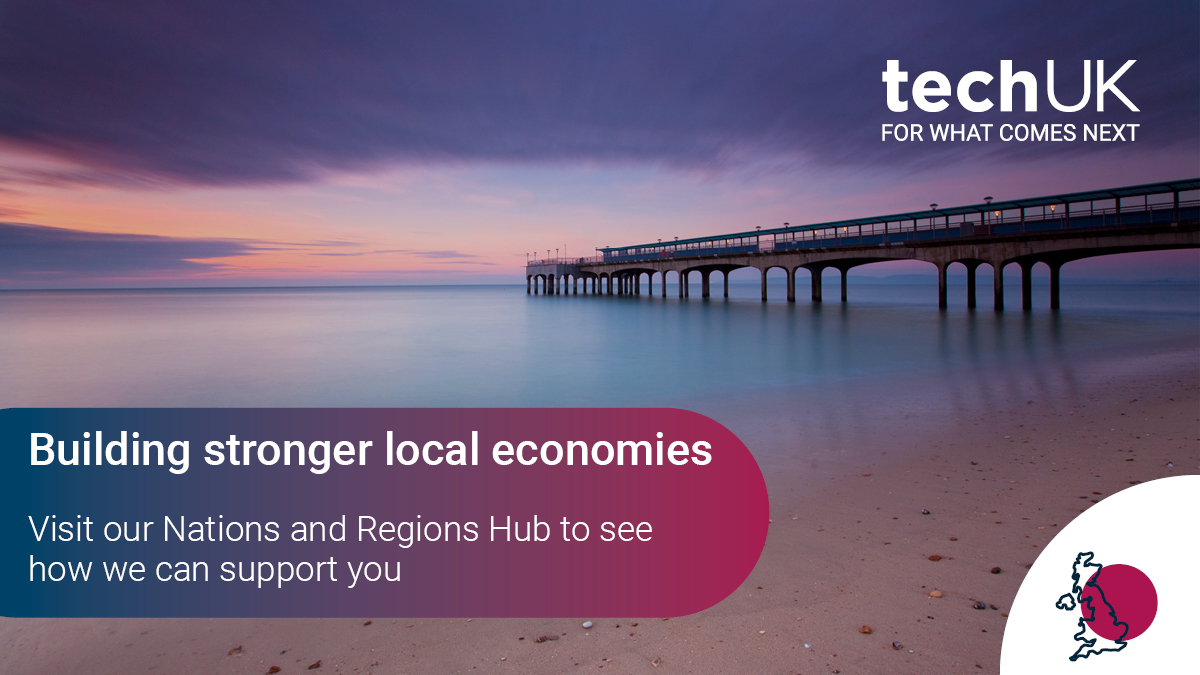