Are you ready to move to the cloud?

As government organisations increase their considerations and implementations around moving to the cloud, security becomes a significant concern.

This includes several areas, but at the top of most lists is the data itself.  In this webinar learn what government organisations are doing to alleviate these concerns.

Some key points covered are:

Vice President of the Multi Cloud Center of Excellence, Entrust

Today more than ever, people demand seamless, secure experiences, whether they’re crossing borders, making a purchase, accessing e-government services or logging into corporate networks. Entrust offers an unmatched breadth of digital security and credential issuance solutions at the very heart of all these interactions. With more than 2,500 colleagues, a network of global partners, and customers in over 150 countries, it’s no wonder the world’s most entrusted organizations trust us.

Digital transformation: Unlocking value at the Edge of the Cloud 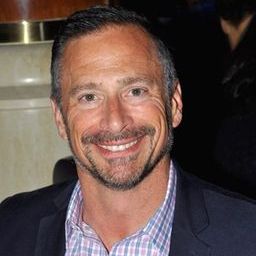 Vice President of the Multi Cloud Center of Excellence, Entrust

Wayne Lewandowski is the Vice President of the Multi Cloud Center of Excellence at Entrust.

Mr. Lewandowski has provided leadership to several organizations over the last 30 years with successful entry into the government and commercial markets.  This has concluded in successful exits in his last two leadership roles as well as establishing funding for early-stage cyber and AI companies as a board advisor.  Most recently, the acquisition of HyTrust by Entrust and his previous position at privately held Vormetric that was acquired by Thales e-Security.  Additional roles include building a thriving consulting practice in a Washington DC based firm that resulted in ranking of #11 on the Washington Fast 50 in his second year of his leadership.

A frequent contributor on cyber security, Wayne has an extensive list of speaking engagements, articles and participation in local media sources such as Channel 8 – Government Matters, and Federal Drive on WTOP Radio, security focused conferences, and several sales related podcasts.

Mr. Lewandowski, has a Bachelor of Science degree from the University of Pittsburgh in Business Management and Quantitative Analysis.  He and his wife currently reside in St Petersburg, FL.