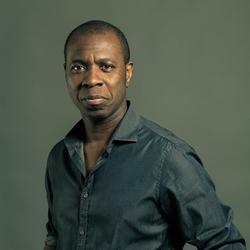 Clive Myrie is a multi award winning journalist, one of the BBC's most experienced foreign correspondents and a recognised face as a BBC News presenter.

As well as regularly presenting on the BBC News Channel and the 1pm and 10pm news bulletins on BBC1, Clive continues to make features and programmes for Panorama, Newsnight and Radio 4.

Clive became a full time BBC foreign correspondent in 1996, first being posted to Japan. Since then, he has held some of the most important posts in foreign news gathering including Washington Correspondent, Europe Correspondent, Asia Correspondent and Africa Correspondent. Clive has reported from more than 80 countries on some of the most important news events over the last 20 years including the wars in Croatia, Kosovo, Afghanistan and Iraq. In 2002 during the Iraq War, he was “embedded" with Royal Marines from 40 Commando part of British Armed forces. In 1996 he covered the rise of the Taliban and their conquest of Afghanistan and after the September 11 attacks, covered their downfall.

He continues the role as a regular BBC anchor on location as history defining stories break including, most recently covering the war in Ukraine, where he has made several visits, and has also interviewed President Zelensky.

Away from current affairs and news stories Clive is Host of BBC Mastermind, the 5th Host in its’ 50 year history, and was recently announced as Presenter of First Night of the BBC Proms for 2022.  He is a regular contributor to other TV and radio shows including BBC Have I got News for You? as well as Radio 3 where his interests in Arts and Music come to the fore.  Clive will present The Crown Jewels as part of BBC TV Jubilee programming in June 2022.