Traditions are great for holidays, less so for telecommunications

Just because “It’s always been done that way” doesn’t necessarily mean it’s the best way. We are in an age of exciting technology advances that have the potential to benefit communications service providers and their customers by providing cost-efficient and flexible networks that deliver the services modern customers want. Some of the key tenets of this technology include disaggregation and open source. Read on to better understand how both of those trends bring great benefit.

The traditional telco model is to design the system working with propriety equipment bought from traditional equipment manufacturers. This has some appeal as the equipment works very well for a specific function, and does what it is designed to do. However, it is not cost effective especially when deployed across 10’s of 1000’s of sites. Plus, purpose-built equipment is not designed to keep up with the increased expectations and rapidly changing demands of today’s customers. These expectations include the ability to host new applications to build new revenue streams, capabilities which the legacy approach cannot support.

In order to diversify, service providers must turn to new models. One of those models is virtual RAN (vRAN) where Open RAN specifications are playing an increasingly prominent role. Virtualizing the radio access network opens up a level of flexibility, efficiency, and cost control that isn't possible with existing infrastructure and service providers know this. A recent survey conducted by Heavy Reading tells us 29% of telcos expect to be fully deployed in Virtual RAN (vRAN) in less than three years on what has typically been a ten-year life cycle. This is driving massive investments with very short timelines because of the enormous potential of this technology.

More frequently this vRAN model of the future involves taking the functions from the propriety equipment mentioned earlier and disaggregating it into separate components, namely the server hardware, the software infrastructure, and the applications. As Bill Stone, Verizon’s VP of Technology Development and Planning shared recently, “By decoupling the hardware from the software we create a much more flexible network environment, that becomes much more conducive, toward automation, orchestration,” Stone said. “And then just the flexibility in general as you become more software oriented, the ability to scale up different parts of the network, scale out different parts of the network.” he went on to say, ““I stand extremely firmly on the side in that we would not be deploying it if it wasn’t as good or better than what we have in place today.”

This sort of disaggregation, if executed properly, provides the foundation for diversification with the introduction of new vendors while also providing some financial benefits for service providers.  One of the key advantages is the ability for the service provider to get the best-of-breed components for each piece of their system. This also drives competitive innovation and pricing from the vendors of each piece. The result: the best technology, at the best price, without being locked in.

The next piece is Open RAN, and open source in general. It is hugely beneficial for service providers to invest the time and resources to leverage the open-source community. In the open source world, it is a team effort where we get to leverage the best and brightest minds in the world via open source activities as well as commercial partnerships.

There are a lot of open-source projects worth taking a look at, too many to discuss here. Some of the projects and consortia that are particularly relevant in this space include the O-RAN alliance, the Telecom Infra Project or “TIP,” the Linux Foundation with the Cloud Native Computing Foundation (CNCF) and of course the Open Infrastructure Foundation (OIF) who hosts the StarlingX project. This project has been used to create the world’s first fully virtualized 5G vRAN data session.

StarlingX is a project that should be at the top of the list for any service provider who is serious about building out their telco edge. The distributed control plane in StarlingX was designed from ground up to be distributed with high availability and the ability to self-heal should the node be severed from control links. It was also designed to be extremely efficient, requiring 70% less compute power than a cloud infrastructure that was originally designed for a data center environment. This translates into a lot fewer servers needed to run your network. 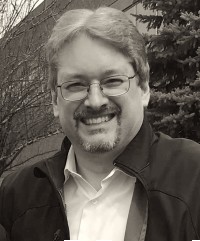