The Future is Bright for Quantum in the UK

Quantum Computing was centre stage at the hybrid London Tech Week. You can read techUK's round-up below 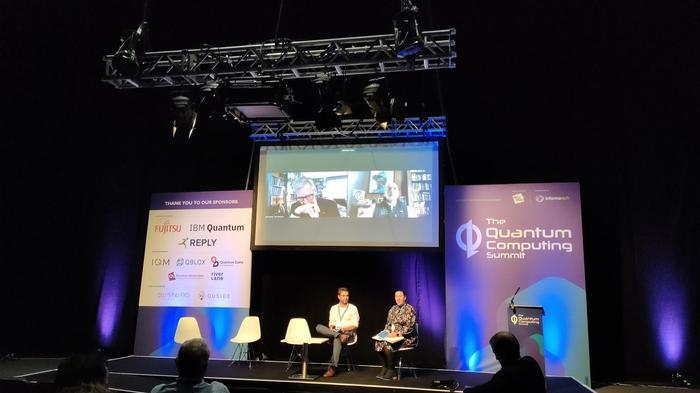 London Tech Week has catapulted quantum technologies to the forefront of the tech community.

For those who have been advocating for quantum – by boosting academic research; spinning new startups out of seminar rooms and academic labs; and bolstering Government support – its emergence  at the center stage is somewhat anticipated. Indeed, it’s the result of years of dedicated, hard work starting to come to fruition.

Yet, for those unfamiliar with the quantum ecosystem that has been steadily growing  since 2014, London Tech Week has helped paint clearly – perhaps for the first time – why now is the time to envision a future in the UK powered by quantum.

Government support at the heart of UK quantum

Chaired by techUK, the two-day Quantum Computing Summit championed the ongoing investment into the UK’s quantum ecosystem. Gemma Peck, Director Business Growth at Business, Energy and Industrial Strategy, opened the session by emphasising the Government’s commitment to the development and deployment of quantum technologies, with the National Quantum Computing Centre (NQCC) – which officially broke ground just this week – at the forefront of discussion. Peck highlighted both academic and industry success, with special mention of the groundbreaking startups building a strong base in the UK, including ORCA Computing which is leading the development of photonic quantum information processing in the UK.

Dr. Michael Cuthbert, newly appointed Director of the National Quantum Computing Centre went on to outline the intent of his organisation. Its core role will be to support and scale a quantum ecosystem in the UK and help develop a quantum-enabled economy. This includes strategic investment into skills, resources and industry backing needed for sustainable growth.

Despite the challenging conditions brought about by the pandemic, Dr. Cuthbert highlighted that over £10 billion has been committed internationally to quantum technologies. The UK Government itself has invested over £1 billion into the UK’s quantum ecosystem since 2014, part of which has helped create the NQCC

Furthermore, the profound consequence of quantum across the UK economy has been recognised outside of Government and goes some way to explain the high valuation of quantum startups entering the market. Over 40 startups in the UK have raised over £135 million in VC investment so far. This investment  – which is being used to test and develop previously theoretical use cases; streamline and improve quantum hardware; and invest and nurture talent – will ultimately facilitate the commercialisation of quantum.

With Fujitsu, Airbus, Natwest and many more established organisations in the UK also advocating for quantum at this year’s conference, it’s clear that the wider technology sector is betting on quantum. Partnerships between Government, larger businesses and startups will be key to building a successful quantum ecosystem, and these partnerships should be actively sought out. One example given by startup Quantum.Amsterdam highlighted their work with techUK member Atos to develop courses on quantum skills to help attract talent to the growing quantum ecosystem.

Commercialisation is crucial, but we are not there yet

Funding and investment quickly emerged as a core challenge for commercialisation. Despite the abundance of capital emerging in the UK quantum ecosystem, no quantum company has the revenue currently to cover business costs. Therefore, the future success of commercialisation relies on the backing of quantum by key stakeholders in Government and industry, both as customers and advocates of the technology. Education was highlighted as a crucial part of this advocacy, and stakeholders should understand the key issues and challenges facing the UK’s quantum industry.

A lack of skills and talent is also a considerable barrier to the UK’s quantum success. Over 30 UK universities have delivered 400 PhDs in Quantum, but the exponential growth in demand of quantum skills as the UK edges closer to commercialisation means that the talent resource is barely covering demand. Encouraging careers in STEM is one part of the complex challenge around skills, however, attracting and retaining talent in the UK against competing nations such as the United States, Germany and China, means that the UK is also at risk of ‘brain drain.’ Government, industry and academia need to work together to create and nurture quantum talent in the UK.

techUK was delighted to help showcase the UK’s quantum ecosystem through London Tech Week; and chose this week to launch our Quantum Commercialisation campaign as part of the Technology & Innovation Programme. This member-led campaign will help the technology sector drive forward the commercialisation of quantum technologies; create a thriving quantum market for new products and services; and support the development of a world-leading quantum industry. Please do get in contact if you would like to find out more information

Thank you to the Informa Tech team for the invitation to chair the Quantum Computing Summit this year.