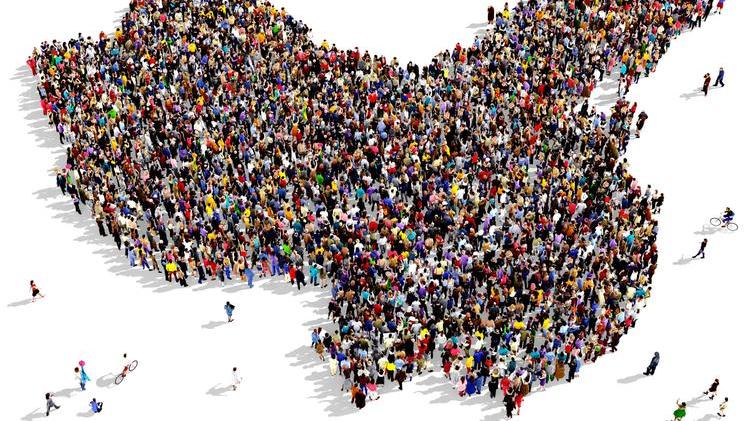 Much has been made of both the opportunity and complexity represented by the Chinese market. For an ambitious business looking to take its products or services global, the idea of expanding into the second-largest economy in the world is hard to resist. Not only does it represent a market of 1.4 billion potential consumers, but it is a rich source of skilled labour in manufacturing as well as high-tech and digital industries.

China’s unique history, culture and political system make it a different prospect to the Western markets that many companies will be more used to operating within. The relationship between government, business and military is sometimes blurred, and the UK government has raised serious concerns about how China makes use of emerging technologies to monitor its citizens, as well as other reported human rights violations.

Organisations operating in China need to be particularly vigilant in the area of business ethics to avoid infringing UK or international law, not to mention the serious reputational damage that can occur if it is discovered that a company has been party to or benefitted from any abuses of human rights.

The Chinese authorities operate a Military-Civil Fusion (MCF) policy, which was written into the country’s 13th Five-Year Plan in 2015 with the purpose of modernising the military and enhancing its technology. It seeks to achieve this by blurring the lines between civil and military research through an open sharing of science and technology resources.

What this means in practice is that products a foreign company develops or shares in collaboration with a Chinese partner could theoretically be repurposed for military use – and without the foreign partner’s consent. Understandably, the UK government is concerned about the co-opting of domestic technologies for military purposes, and a business whose tech is discovered to be in use by the People’s Liberation Army (PLA) can face both legal issues and damage to its reputation.

A key way to avoid falling foul of the MCF is ensuring that you have a comprehensive understanding of the technology your business is manufacturing or selling in China, particularly pertaining to its ‘dual-use’ potential – and have applied for the appropriate export licenses. China can be a highly valuable market for many technologies, but before committing to any deal it’s vital to assess your products for potential military and intelligence applications, even if they aren’t immediately obvious. Your business should consult the relevant UK export authorities if a product seems likely to be subjected to UK Strategic Export Controls. Visit the UK Government’s website, which offers guidance for UK tech firms on managing ethical, legal and commercial matters when working in China or with Chinese companies, for more information about how best to navigate these issues.

To perform proper due diligence in this area, you also need to investigate potential Chinese partners or customers before striking a deal with them. This may reveal areas of concern, such as problematic historical behaviours, links to Chinese defence companies and universities or a declared MCF business strategy. Networks like the China-Britain Business Council (CBBC) and techUK are a great place to gain impartial advice on doing business in China. Other CBBC members can offer advice on legal and reputational due diligence, as well as vouching for the reliability of China-based contacts, while techUK also works to support the technology business community both in the UK and internationally and can be a source of valuable contacts.

You are likely to be aware of some of the concerns that the UK government and other countries in the global community have regarding China’s record on human rights. Whether that is the alleged human rights abuses against the Uighur minority (including claims of mass detention, forced labour and forced sterilisation) in Xinjiang, the recent national security law introduced in Hong Kong or the general use of mass surveillance and censorship against the population. Due to the complexity and occasional opacity of the Chinese system and supply chains, it might not always be immediately obvious when your operations in China are intersecting with these issues, as even some of the largest brands in the world have discovered.

Again, a thorough understanding of your products and their potential uses is key. The MCF policy is part of this, and there are wider concerns regarding the mass surveillance of Chinese citizens and the monitoring and censorship of their online activities. If you suspect that your tech could be used or repurposed for any such means, you should seek expert advice early before making any commitments.

Your ability to recognise these risks will be bolstered by an awareness and understanding of UK and international human rights laws and guidelines. It’s common to see companies include a statement on the UK’s Modern Slavery Act on their website. The Act is a piece of legislation that seeks to combat forced labour and trafficking by requiring UK business to make efforts to stop the use of slave labour by any suppliers, and – for organisations with an annual turnover of £36m or more – to make public a yearly statement detailing the steps they are taking. Most recently, the UK government announced the introduction of financial penalties for organisations who fail to meet their statutory obligations to publish annual modern slavery statements, under the Modern Slavery Act. The United Nations Guiding Principles on Business and Human Rights (UNGPs) outlines the corporate responsibility to uphold human rights and encourages businesses to conduct a Human Rights Impact Assessment in which they assess their effect on human rights wherever they operate. As well as the legally binding aspects of the Modern Slavery Act, together these policies offer a structure around which your organisation can begin to build a robust framework for due diligence in the area of business ethics.

The complexity of human rights issues in China is such that standard due diligence practices are unlikely to be enough in this area. Supply chains can be difficult to untangle, and new developments and revelations can uncover violations that your organisation has been the unwitting beneficiary of. Fortunately, the UK Government’s website for tech businesses conducting business with China outlines some steps that a company can follow to minimise the risk.

Vigilance is essential. Relations between the UK and other western countries and China can be volatile, and keeping up with current affairs and political policy will help you identify which areas of the Chinese market and business may be a risk to you. The government lists resources like the Human Rights and Business Dilemmas Forum that can help you identify areas of risk and stay abreast of developments and emerging issues with your supply chains, such as the reports about goods produced by forced Uighur labour in Xinjiang. You should be prepared to react swiftly to any emerging issues that may impact your operations – companies that delay are more likely to suffer long-term reputational damage – while being aware that organisations that speak out publicly against human rights may risk censure from the Chinese authorities.

One of your best defences is to be transparent about all the steps you are taking to maintain ethical practices. As we were taught in school, you should show your working, so that in the event of an unforeseen revelation about one of your partners, you can demonstrate that you have been acting in good faith. The Modern Slavery Act and UNGPs both offer a good starting point for accounting for the actions your company is taking to protect human rights with regular, public reports. Consider publishing a list of your local business partners, suppliers and collaborators, including government agencies, public security bureau-affiliated research laboratories or military-economic entities you may have dealings with. China is a market that requires a long-term approach, so it pays to take your time in vetting potential partners.

It’s also important to understand that, despite these risks, China has also made progress in areas such as data protection and in opening up a wider public debate on the ethical use of emerging tech – progress that isn’t always well reflected in Western media. Until relatively recently, China had a very weak data protection regime, but has introduced a number of new laws to protect citizen rights and maintain national security and public interest. The Beijing AI Principles (BAIP) were announced in 2019, setting out a best-practice governance framework for AI research, development and usage – one that aligns closely with commonly held international principles.

Similarly, Chinese companies are coming under increasing pressure from their international investors to meet rigorous environmental, social and corporate governance (ESG) reporting standards. This has led these Chinese businesses to pay closer attention to potential human rights abuses and labour malpractice within their supply chains. This gradual change in attitudes towards ethical standards is opening up new opportunities for UK tech innovators.

Business ethics in China may be one of the most complicated areas when it comes to due diligence, but this should not put you off at the outset. With a dedication to transparency, combined with a thorough understanding of your product and partners, many businesses will be able to successfully and ethically navigate one of the world’s most promising and booming marketplaces.

Realising the full benefits of 5G is now one step closer

Due to the hard work of a range of industry players another band is ready to be auctioned off for mobile services.