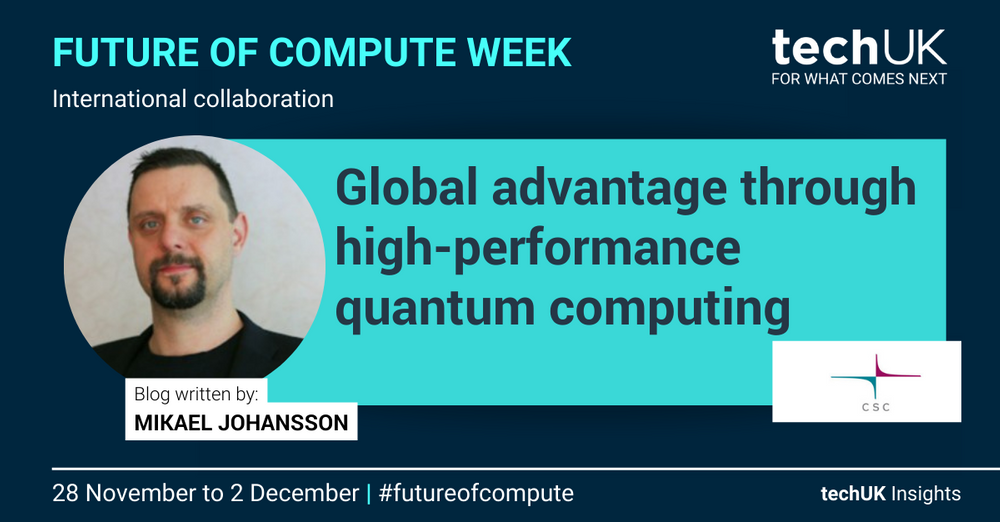 Quantum computers have the potential to provide a game-changing boost for science. For maximum benefit to society, quantum computers will need to merge with traditional high-performance computing. Here, international collaboration is of key importance for bringing the required expertise and know-how together.

From idea to advantage

It took forty years for quantum computers to mature from idea to the first commercial products. The decades of basic research that has led to this point is marked by international collaboration across nations and continents. It is crucial to recognise that despite soaring interest and investments from the commercial sector, quantum computing is still in its infancy. In order to become a disruptive technology, years of sustained basic research still lies ahead.

The projected power of quantum computers for certain computational tasks is something that has to be taken seriously. One aspect is the threat that sufficiently mature quantum computers pose to digital encryption. A much more intriguing outlook is the capacity for quantum computing to boost high-performance computing (HPC).

Traditional supercomputers are immensely powerful. The advances in supercomputing has been so steady, that one easily gets blinded by the progress. This year witnessed the leap to exascale computing with the first system breaking the barrier of performing 1018 floating-point operations per second. This is one million times the capacity of the fastest supercomputer 25 years ago; problems a million times more complex can now be solved. Fascinating. Still, there is a range of computational problems that will forever stay intractable for supercomputers. Unless they merge with quantum computers, that is.

Quantum-accelerated HPC is the key to unlocking simulations of revolutionary complexity. This is due to the incredible power contained in the quantum bits, qubits, the basic quantum information unit. Each additional perfect qubit doubles the power of a quantum computer. To increase the problem size by that factor of a million, in the quantum world, we just need a modestly-sounding twenty additional ideal qubits.

Quantum computers are not a substitute for binary computers. They excel at some tasks, but perform poorly for many others. It is by identifying time-consuming tasks that are suited for quantum computing, and injecting them into HPC workflows, that grand-challenge problems can be tackled. As a prime example, digital twins, replicas of Earth, are now being conceived on the most powerful supercomputers. Present plans include creating digital counterparts of, e.g., the weather system, oceans, and biodiversity, in order to guide human behaviour. Ultimately, the goal is to combine the different models into one large interconnected system, dramatically increasing complexity. For this, merging quantum computing with HPC can be decisive.

Exponential quantum speed-up is still, admittedly, at least a decade off. In the near-term, another type of quantum advantage is even more relevant, however. For a given problem, quantum computers use a mere fraction of the energy compared to classical devices. Quantum computers do not have to provide answers faster than classical computers: getting the answers using less energy will have an immediate, positive global impact. The most power-hungry applications running on supercomputers are those related to electronic structure theory (think more efficient batteries and pharmaceuticals) and artificial intelligence. Coincidentally, these are also problems that are highly suitable for quantum computers!

Technology protectionism in a too early stage would inevitably delay the onset of quantum advantage, vital to society. Only by collaborating openly, pooling resources across the globe, can we find solutions to the most pressing problems. This requires that we as a global community share our know-how as freely as possible, in order to promptly usher in the quantum age.

CSC – IT Center for Science Ltd. is a Finnish centre of expertise in ICT that provides world-class services for research, education, culture, public administration, and enterprises, to help them thrive and benefit society at large. CSC hosts the pan-European supercomputer LUMI in its green, carbon-negative data centre in Kajaani, Finland. LUMI, Europe’s most powerful supercomputer, has already been integrated with quantum computers in both Finland and Sweden, and will shortly integrate several more.