Competition in digital markets: How should the Government implement the new regime?

Catch-up with all of the discussion and insights from techUK's recent event 'Competition in digital markets: How should the Government implement the new regime?' with speakers including John Penrose MP and Will Hayter, CMA.

On 2 December, techUK hosted a virtual panel discussion focused on the Government’s plan for a new pro-competition regime for digital markets. The panel explored what activities should be in scope of new regulation, how to strike a balance between flexibility and predictability in the new framework, and the impact of potential changes to mergers and acquisitions on the UK investment landscape, as well as the risks of divergent approaches to competition policy across the world.

You can watch the full webinar here or read our summary of the key insights below:

The panellists debated and offered their perspectives on major topics concerning the Government’s new pro-competition regime for digital markets. A summary of these main points raised by the panellists can be found below. Please see here for more information on techUK's response to this Government's consultation, as well as techUK's approach to these key issues.

What is the CMA’s view on the new pro-competition regime for digital markets?

Will Hayter, Senior Director at the Digital Markets Unit (DMU), Competition and Markets Authority (CMA) provided some background on the proposals for a new pro-competition regime for digital markets and the view of the CMA. He said the DMU will focus on firms with strategic market status (SMS) in particular activities, who would be subject to regulatory interventions including a Code of Conduct, pro-competitive interventions (PCIs) and new merger and acquisition (M&A) rules.

The CMA intends to take an evidence-driven, highly proportionate approach that is open, transparent and accountable, as well as proactive and forward looking, and is coherent domestically and internationally. Ahead of the regime coming into force, the CMA is building its skills and knowledge and continuing its stakeholder engagement and wider cooperation.

The DMU must be equipped to act quickly

Taking a wider view on competition, John Penrose MP highlighted that whilst digital markets did pose some new problems, many of the issues are based on the same problems we have sought to guard against in the analogue economy, though they are moving in new forms and more quickly. Network monopolies, for example, are common in other markets. The idea of receiving a service in exchange for data, however, is a new problem.

He said that competition policy is overdue reform in the UK, with the key challenge equipping regulators with the tools to move quickly in a digital world.

Balancing predictability and flexibility in the new regime

Victoria Luxardo Jeffries, Global Head of Competition Policy, Meta, welcomed the CMA’s overall approach, and shared its objectives of promoting competition for the benefits of consumers.

However, for her, the devil is in the detail, and balancing flexibility and predictability in the design of the regime will be essential. Victoria suggested that legislation should set out statutory objectives and principles directed at the DMU, who would then decide how these apply to SMS firms’ specific activities when designing Codes of Conduct requirements. She added that PCIs are highly intrusive and that the functions of PCIs as well as Codes of Conduct should be clearly defined in legislation, also highlighting the need for a robust appeal mechanism for DMU decisions.

The CMA’s view on flexibility was twofold: flexibility to market developments and flexibility to different markets and business models. Will Hayter said that the CMA does not believe one size fits all and that a tailored approach is important. Whilst no one can predict the future, processes and the ways in which firms can engage can and should be predictable, underpinning the participatory approach.

Providing the view of smaller businesses and entrepreneurs, Sam Dimitriu, Research Director, The Entrepreneurs Network, raised concerns around proposed changes to the M&A regime for SMS firms. He said that M&A have a key role in exits for start-ups and entrepreneurs and highlighted that acquisitions can actually facilitate inter-platform competition in different markets, noting a cost to overenforcement as well as underenforcement.

Victoria Luxardo Jeffries, Meta, offered the perspective from a company expected to be in scope of new rules on M&A and also raised concerns. She said that she was worried that further lowering the evidential standard in phase 2 will increase the likelihood of the CMA blocking acquisitions that are not harmful to competition and would further distort competition in the marketplace by setting different standards between head to head competitors.

Responding to these issues, Will Hayter, CMA, agreed that there are risks to overenforcement and that some mergers and acquisitions can be competitive, emphasising that the CMA takes that into account in its decisions. He also noted there are other routes to exit, including acquisitions by non-SMS firms, and that these rules would impact only a small number of deals and there is no presumption that every acquisition by a big firm would be blocked.

Drawing upon his experience writing the independent report on competition policy, John Penrose MP said that evidence from other regulators has shown that it is always tempting to use ex-ante, up front powers first rather than traditional ex-post powers, with a risk of regulatory creep. He added that the focus on only the specific parts of the business in which a company has SMS is the right one, though the CMA should seek to use traditional powers first and be equipped to use them at pace.

Will Hayter emphasised that the CMA wants to avoid regulatory creep, and also wants to be able to revoke SMS as well as designate it, adding that any new powers must work in a complementary fashion with old ones. Will pointed to something aspired to in the original network regulation for telecoms, taking some action up front and building a competitive market in the fundamentals that allows chunks of regulation to fall away over time.

Considering whether new M&A rules should also only be focused in areas or activities where a firm has SMS, Sam Dumitriu said this would allow big companies to move into new markets, offering the potential of undermining existing SMS in those areas. However, Will Hayter said that defining this up front would be a mistake, and it should instead be determined on a case-by-case basis to allow connections between different markets to be explored.

Risks of regulatory approaches to competition policy in a global context

As Global Head of Competition at Meta, Victoria Luxardo Jeffries gave some insight into risks arising from regulatory approaches to competition across the world. She emphasised that there is no global consensus on competition law and that experts across the world have expressed disagreement with regulatory approaches being taken in jurisdictions such as the UK and the US. Victoria said a big challenge is around discrimination, who is regulated and how to minimise harm from that choice – including discrimination by country of origin or by creating a two-tier regulatory system in different activities and markets as in the UK, which could create distortion in the early days of the regime.

The CMA is working hard as part of the Digital Regulation Cooperation Forum (DRCF) and beyond, including on a current privacy sandbox case with the ICO, aligning competition objectives with other regulatory objectives such as privacy.

Continuing and enhancing such cooperation will be critical, with John Penrose MP raising the competition aspect of data and the value it holds as ‘the dog that hasn’t barked yet’ – requiring new thinking to inform consumers and put them in the driving seat.

A look to the future

Will Hayter said that the spending settlement following the Budget and Spending Review has accounted for the need to beef up CMA skills and resources across its work, but how it scales up will depend on the timing and content of the legislation.

Providing the view from parliament, John Penrose MP observed a broad agreement amongst parliamentarians of the need to update competition powers in digital markets as well as the consumer powers of the CMA.

As this legislation develops, techUK will continue to remain engaged with Government, the CMA and members to ensure the new regime promotes competition whilst protecting innovation in digital markets. 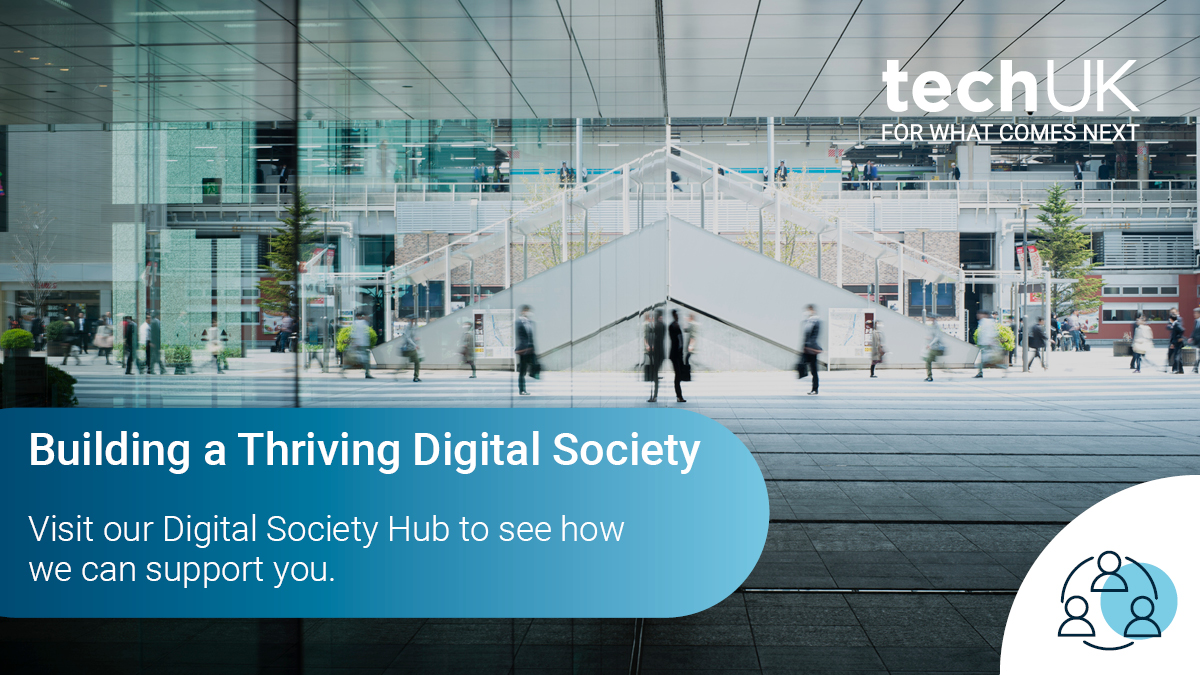