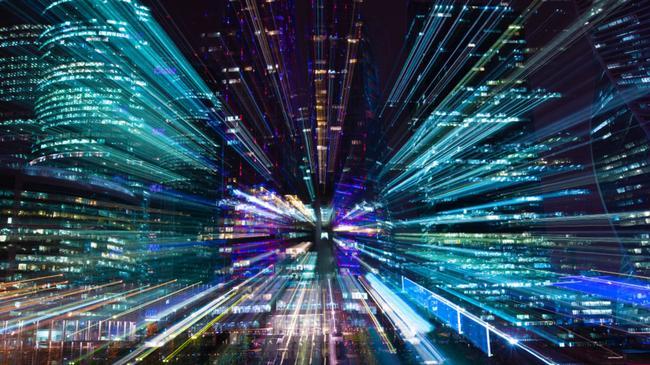 The world’s appetite for new technologies is only increasing, and China is determined to take advantage of this demand and become a leading global technology market. China’s tech landscape has grown rapidly in a short space of time, with its digital economy now accounting for about 30% of its GDP (that’s more than doubled since 2008). As Chinese businesses and consumers embrace technologies such as the Internet of Things (IoT), big data and artificial intelligence (AI), the government is also investing significantly in new technologies to boost China’s global position in science and technology innovation.

China recently set out the core direction of the forthcoming 14th Five Year Plan, which will drive China’s economic development from 2021 to 2025. Tech and innovation have been singled out as being central to this strategy, with a particular focus on achieving national self-reliance through increased research and development (R&D). This emphasis on technology and innovation is likely to create a range of opportunities for UK tech exporters to fill innovation gaps within increasingly sophisticated supply chains.

With a population of more than 1.4 billion, over 100 cities of more than a million people, and 900 million citizens with access to the internet, the potential for the tech sector is huge and presents a big opportunity for foreign tech companies. With important trade links across the whole of Asia, China is a key market to crack for any business with global ambition.

A key driver behind China’s rapidly growing tech sector is the government, which has made it a priority to become a leading global technological superpower by 2050. In 2015, it outlined the Made in China 2025 strategy, a national 10-year plan to develop Chinese high-tech manufacturing such as IT and robotics. This aims to accelerate China’s transition from low-value-added manufacturing towards an innovation-based economy.

China's government has promoted the development of emerging technologies through a supportive policy environment, establishing large-scale funding of research, and attractive incentives for tech entrepreneurs. One in three of the world’s unicorn companies (the term given to privately held start-ups valued at over $1 billion) are now Chinese. The country also accounts for 50% of global digital payments and three-quarters of the global online lending market.

China now has the second-largest AI market after the US, and PwC predicts that AI technologies could contribute a 26% boost to GDP by 2030. Part of China’s AI success is also down to its vast population, which enables companies to gather and harness huge amounts of data. China’s rapid adoption of AI and data-driven technologies is now a major growth driver. For some sectors and applications, opportunities are emerging for closer UK-China collaboration, leveraging the UK’s deep expertise in this area. The UK’s AI unicorns have now all launched in China.

The Chinese government also plans to invest over $400 billion in upgrading telecommunication infrastructure for 5G between 2020 and 2030. This will further enable technological innovation across the country, increasing the reach and capabilities of systems such as smart cities and IoT.

Investment in R&D is another big part of the push towards making China a global leader in science and technology. In 2019, China spent $300 billion (nearly 2.2% of GDP) on R&D, putting it second only to the US. In fact, China now accounts for around 20% of the world’s total R&D expenditure. China is also following behind the US as the second biggest publisher of scientific research papers – a clear indication of its R&D ambition. Moreover, China is a world leader in automation, and, as of 2019, had the world's biggest industrial robot market. However, the industry has faced recent difficulties due to factors such as economic structural changes, global competition and the US-China trade war.

Industries in China are at varying rates of digitalisation, and it’s important for UK businesses to understand the tech landscape of different sectors before entering the Chinese market.

One area which has seen huge growth in recent years is FinTech. This trend has been propelled forward by a tech-savvy younger generation, the move towards a cashless society and a demand for services often not provided by big state-owned banks, such as easily accessible finance plans for small businesses and individuals. FinTech investments in China increased by 252% from 2010 to 2016, by which time the value of China’s mobile payments by individuals totalled $790bn – 11 times more than the US.

MedTech is also on the rise and an important area of collaboration between China and the UK. The Chinese government made MedTech a priority in its 13th Five-Year Plan, encouraging investment in areas such as surgical robots, genomics, telehealth, AI-based diagnostics, wearables and R&D into diseases and cures. With an ageing population, a lot of this research is going into degenerative illnesses and elderly care.

There is also growth in the EdTech sector. An unbalanced allocation of resources and a huge internet penetration has driven demand for online education, and the Chinese government sees education technology as one of the major tools to drive the industry forward. COVID-19 has only accelerated the demand for EdTech.

Transport has developed significantly in recent years, and China’s electric vehicle market is now the biggest in the world. In 2019, China had a total of 3.3 million plug-in electric vehicles, and the country plans for all vehicles across the country to be electric by 2030 – which will greatly help China with its recently announced plan to go carbon neutral by 2060. China is also making waves in the development of autonomous vehicles. In 2019, Beijing saw 77 autonomous vehicles from 13 China-based companies drive a combined total of 1.04 million kilometres.

Generally speaking, city-based industries, such as retail, finance and transport have seen faster rates of digitalisation than more traditional, rural industries such as agriculture. Smart cities are a particularly big focus for China, and their capabilities will only be increased by emerging technologies such as 5G and AI. New urbanisation is one of the key parts of China’s development plans, which focus on creating smart and low-carbon cities. Big cities such as Beijing and Shanghai now have smart ID cards and systems, such as Shanghai’s Citizen Cloud. While this gives citizens greater connectivity and easy access to information, there are major concerns from international governments about these systems. These concerns include China’s use of facial recognition and predictive computer algorithms for mass surveillance and racial profiling, internet and media surveillance and censorship, and the highly controversial plan to use technology to monitor citizens with the Social Credit System.

As with the rest of the world, the coronavirus crisis has dramatically transformed consumer behaviour and business practices, which has fuelled demand for certain technologies. Sales of computers and electronic devices have boomed in China with a year-to-date profit increase of 35% and e-commerce platforms have also seen a surge in demand as consumers shop from home. China is home to the world's largest retailer and e-commerce company, Alibaba, which is also the fifth-largest AI company in the world as of 2020.

While there is huge potential in the Chinese tech sector for foreign investors, there are also some major barriers and concerns. The Made in China 2025 policy has boosted Chinese businesses, but it has been met with concerns from other markets about what prioritising national business means for international businesses looking to set up and invest in China. It is no coincidence that discussion of Made in China 2025 by China’s leaders has been toned down considerably over the past two years. China's foreign investment law also now allows greater, although still somewhat limited, involvement in China's manufacturing sector.

Increasing tensions in the US-China relationship and effective sanctions have significantly damaged the international growth prospects of many of China’s leading tech firms. This “decoupling” process may create long-term challenges for some UK tech businesses with close links to US supply chains, customers or investors.

Facial recognition technologies have also been a focus of concern over surveillance and citizens’ rights. There remain challenges in terms of IP infringement and enforcement in China, although continued strengthening of China’s IP laws is making it easier for foreign companies to address these issues. Any UK company looking to set up in China should seek appropriate legal advice and perform due diligence to ensure both their employees and products are protected. Organisations such as The China-Britain Business Council (CBBC) and techUK support businesses with entry to the Chinese market, and the UK government has also created a Digital and Tech China website to offer relevant advice.

While it’s clear that China is on its way to becoming a global tech leader, the uptake of technologies varies greatly by region. This is due to a number of factors – regional cultural differences, geography and the sheer speed at which the Chinese tech sector has developed. Income, education, cultural and lifestyle differences all contribute to varying rates of digitisation across China, and technology production is mostly limited to big cities such as Beijing, Shanghai, Shenzhen, Guangzhou, Hangzhou and Chengdu.

At the top end of the scale are cities like Shenzhen, which is the leading technology production region of the country. It is home to two of China’s biggest telecoms firms Huawei and ZTE, the internet giant Tencent, as well as the drone manufacturer DJI, and electric car manufacturer BYD. Key cities such as Beijing and Shanghai have been the focus of digitalisation and smart technology. Both Beijing and Shanghai have dedicated tech hubs – the Zhongguancun District in Beijing, which is often referred to as “China’s Silicon Valley” and the Zhangjiang High-Tech Park in Shanghai.

Rural areas of the country are lagging behind the big cities, although there is a significant push from the government to boost rural development via digital technologies. Chinese authorities have put forward a plan to help advance the modernisation of rural areas, using technologies such as big data, AI, remote intelligent agricultural machinery and online services. The government is also investing hugely in technology infrastructure in rural areas to provide things like an upgraded power grid and better internet access.

Continental in scale, and highly complex, competitive and fragmented as a market, China is not the easiest economic territory to understand, access and operate in. Knowing how to do business locally and comply with local regulations can make or break your operations in China. However, with the right support, a unique offering, sufficient due diligence and IP protection, there can be significant benefits to entering this unique marketplace.

Learn more about doing business in China at china.theweek.co.uk. For further information visit techUK and CBBC.org.

To make the most of opportunities in China, you need to understand and address the risks