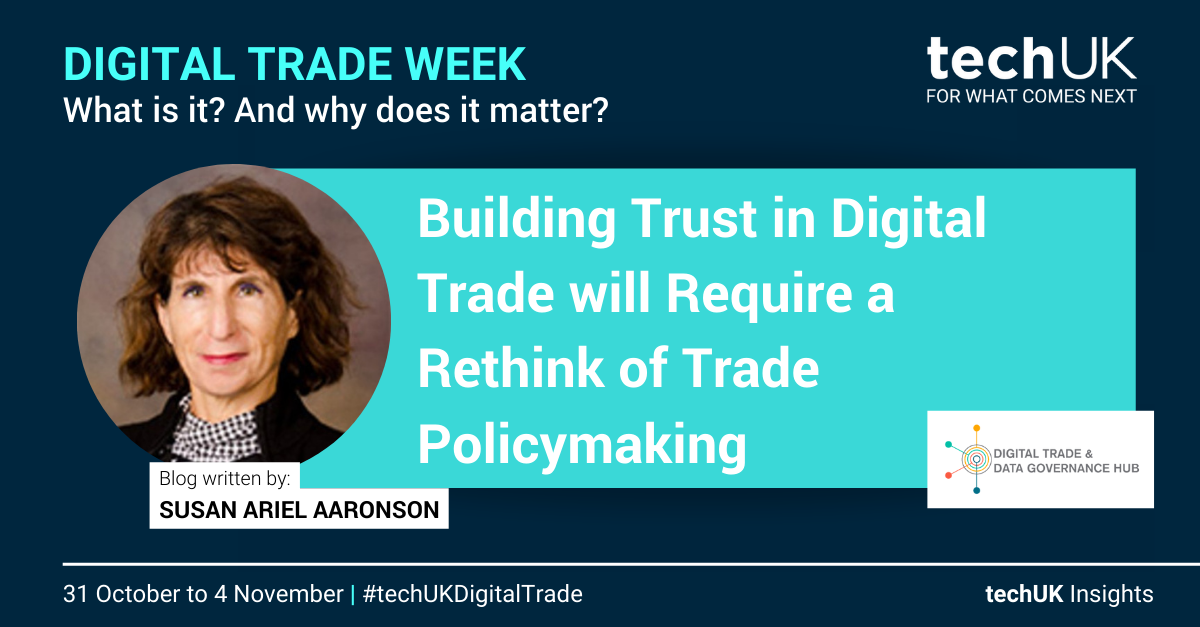 In 2019, Shinzo Abe, then Prime Minister of Japan, stated that if the world wanted to achieve the benefits of the data driven economy, members of the World Trade Organization should find a common approach to combining “data free flow with trust.“ However, he never explained what these rules should look like and how nations might find an internationally accepted approach to such rules.

1. Allow most kinds of data to flow freely across borders, except when nations must restrict such flows to achieve important domestic policy objectives. Generally, other signatories can challenge such barriers as trade distorting with a trade dispute.

2. enforce their own laws regarding privacy, consumer protection and spam. However, malicious data such spam, malware, DDOS attacks, and disinformation often flow from one country to another, undermining trust in market actors and governmental solutions. Nations may lack the capacity, will, or funds to enforce their own laws,

3. “endeavor to cooperate” on regulatory issues that may destabilize the internet for users. But they don’t provide policymakers with incentives to encourage such cooperation.

These provisions are insufficient to build and sustain trust among users.

In this paper, I argue that trade policymakers must pay closer attention to users’ concerns if they truly want to achieve “data free flow with trust.” I begin with an examination of what the most recent digital trade/ecommerce agreements say about trust and discusses if they actually meet user concerns. Next, I turn to three different examples of online problems that users have expressed concerns about, namely  internet shutdowns/censorship, disinformation, and ransomware, describing how these may yield both trade distortions and less trust online. I argue that policymakers should address these issues if they believe trade agreements should build trust in cross-border data flows. Moreover, I argue how policymakers respond to user concerns is as important as what they include in trade agreements.  Finally, I note that trade negotiators will need to rethink how they involve the broad public in digital trade policy making, while recognizing that trade policy agreements may not be the best place to address these problems

When we go online, download an app, buy a sweatshirt, or peruse Tiktok, we are taking a leap of faith from the unknown to trust. We trust the firms that provide these services will not only provide us with goods and services, but that they will also protect our personal data and do their best to prevent us—their stakeholders from harm. As political theorist Francis Fukuyama has written. “Trust is the expectation that arises within a community of regular, honest, and cooperative behavior, based on commonly shared norms, on the part of other members of that community” (Fukuyama: 1996, 24)[1].

According to the OECD, “trust is also the foundation upon which the legitimacy of public institutions is built and is crucial for maintaining social cohesion. Trust is important for the success of a wide range of public policies that depend on behavioral responses from the public,” leading to broader compliance and faith in regulatory systems. In short, trust is essential to democratic capitalist functioning on and offline. However, the internet was not designed to protect users or our data—in short to sustain our trust. Today, hacks, cyber-theft, ransomware, and other vulnerabilities are constant. As example in July 2021, the front pages of newspapers around the world reported on how democracies and illiberal regimes alike used spyware to target “journalists, human rights defenders or political dissidents seeking safety abroad.”3 In the wake of these threats, many users agree, the world wide web has become a network of insecurity (Timberg: 2015[2]; Emmitt 2020).

The online community is still trying to figure out how to sustain trust in the face of rapid data driven change. “The rise of the internet and social media has enabled entirely new kinds of relationships and communities in which trust must be negotiated with others whom users do not see, with faraway enterprises, under circumstances that are not wholly familiar, in a world exploding with information of uncertain provenance used by actors employing ever-proliferating strategies to capture users’ attention” (Rainie and Anderson: 2017[3]). Since the onset of the global pandemic, individuals, companies, and governments have become increasingly dependent upon the internet and data-driven services to work, learn, and socialize.

You can read Susan Ariel Aaronson’s article  ‘Building Trust in Digital Trade will Require A Rethink of Trade Policymaking’ here.

[1] Fukuyama, F. Trust: Social Virtues and the Creation of Prosperity. (Simon and Schuster,