Please note, registrations for this event have now closed.

Our members develop strong networks, build meaningful partnerships and grow their businesses as we all work together to create a thriving environment where industry, government and stakeholders come together to realise the positive outcomes tech can deliver.

Join techUK in 2023 for an exciting series of techUK talks with tech leaders from across the country exploring how we can use technology to build a better future for the UK’s economy, people, society, and the planet.

In each session, techUK’s CEO Julian David will be joined by a leading industry figure to explore current and future tech, and the outlook and trends for 2023. The discussion will include lessons learned from the past, and the opportunities and challenges to the UK becoming a science and tech superpower, and importantly, how these should be overcome. 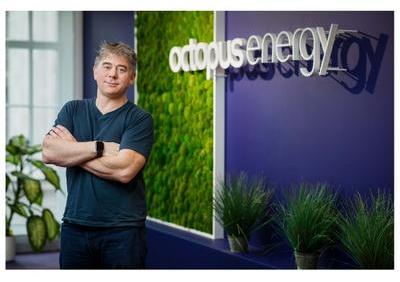 Our first guest is Greg Jackson, CEO and founder of Octopus Energy who will kick the series off on Thursday 26 January.

Octopus Energy was founded in 2015, was valued at £4bn last year, has more than 3 million customers in 14 countries and backers include former US vice-president Al Gore.

Julian and Greg will explore the journey that Octopus Energy has taken and its role as a UK tech success story. We’ll be asking Greg what 2023 holds for the tech and energy sector at this challenging time, and which technologies he thinks are going to make a difference to the sector in the future. The session will also discuss the importance of diversity, addressing the digital skills gap, and the role of data in enabling the green tech revolution.

The 'techUK talks with...' series will be hybrid. Reserve your in-person or virtual ticket now and be part of this fascinating and interactive session.

*please note, on-the-day registration for in-person attendees starts at 4:30pm, with the session starting at 5:00pm.

Would you like to put your CEO forward to feature in our 'techUK talks with...' series? Contact [email protected] to discuss.

Julian David is the CEO of techUK, the leading technology trade association that aims to realise the positive outcomes of what digital technology can achieve through innovation and collaboration, and serves on its board of directors.

Julian led the transformation of techUK from its predecessor Intellect in 2015, putting an increased focus on the growth and jobs the technology industry offers in a global economy. He has since led its impressive expansion driving forward the tech agenda in key areas such as skills, digital ID and public sector transformation, now leading techUK’s 70-strong team and representing over 850 member companies, comprising of global and national champions and more than 500 SMEs. In 2020, techUK joined forces with TechSkills, the employer-led organisation that aims to improve the talent flow of talent into the digital workforce.

Julian represents techUK on a number of external bodies including the Digital Economy Council, the Cyber Growth Partnership and the Department of International Trade’s Strategic Trade Advisory Group. He also sits on the Executive Board of DIGITALEUROPE and is a member of the Board of the Health Innovation Network the South London Academic Health Science Network.

Julian has over thirty years of experience in the technology industry. Prior to joining techUK, he had a long career at IBM culminating as Vice President for Small and Medium Business and then Public Sector.  After leaving IBM he worked as a consultant helping tech SMEs establish successful operations in the U.K. His personal interests include Football (West Ham and Real Madrid) and Art.