For 11 years now, Richard Stephens, Chair of the Legal Affairs Group at techUK, has been giving an annual Update on Contract Law.

Now back as a face to face event after the pandemic, this event will bring you right up to date with the crucial developments in this area of the law over the last twelve months. Attended by both lawyers and non-lawyers in the IT industry, this essential update aims to be much more than a law lecture - Richard focuses on the key takeaway points for those involved in drafting or negotiating contracts.

The precise content will depend to some extent on what judgments come out between now and the date of the event, but Richard will be looking at the following topics:

Time permitting, Richard will consider these and other vital updates, to make sure your drafting is up to date with the latest case-law and best practice.

It is now a sell out event, so early booking is recommended. 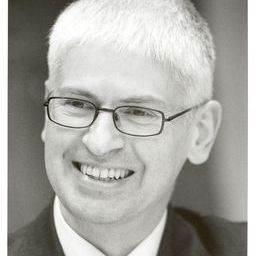 A technology lawyer of more than 20 years experience, Richard has seen the IT industry from all sides – as an in-house lawyer with two substantial UK based systems houses, a lawyer within a top-rated City practice, and now as the head of his own practice.

Richard has been involved in some of the largest IT litigation and transactions in this country and in his own practice is especially concerned with outsourcing agreements, and gets involved in major re-negotiations of large deals. Richard is also a qualified mediator in the realm of IT and intellectual property disputes, and more recently has started in practice as an arbitrator.

Richard is a well-known IT lawyer, is rated as a “leader in his field” by the Chambers Guide to the Legal Profession, and at the end of last year stepped down after two years as Chairman of the Society for Computers and Law.