The future of virtual court hearings - why are they here to stay?

Conducting virtual court hearings and virtual court proceedings was initially met with a large dose of scepticism by judges, lawyers and other court users. Now, after more than 14 months of the ‘new normal’, scepticism has given way to necessity, and it’s more likely you’ll hear a positive view of the virtual court experience.

Whether generic platforms e.g. Zoom or new court hearing technology developed to leverage industrial-strength collaboration platforms such as Microsoft Teams, court users are now more likely to share positive feedback about how efficient court e-transformation in its various guises is. While the first months of the pandemic were quite unclear and everybody thought the changes in court proceedings were temporary, things are now so different, with no end in sight. There is every likelihood that virtual courts, having proved their value in the most trying of situations, will become part of the long-term judicial digital strategy.

According to interviews with more than 30 state and federal judges, lawyers, court staff in 16 U.S. states and the District of Columbia, the digital transformation of courts is probably going to stay…  “We’re going to be doing court business remotely forever. This has changed the world.” - Nathan Hecht, chief justice of the Texas Supreme Court and co-chair of the National Center for State Court’s pandemic rapid response team.

At the start of the pandemic in-person vs. virtual hearings was black-and-white but now it’s more nuanced. For instance, in criminal court trials where witness credibility is closely examined, in-person court appearances and hearings won’t be replaced by virtual ones, although they could be supplemented. But civil court cases are likely to embrace the digital court hearing solution for permanent future use.

In a very recent report, The House of Lords urges the government to find alternatives to court possession cases to deal with the backlog of eviction hearings conservatively estimated at more than 20,000 and growing exponentially. The Committee says the courts, weakened by years of spending cuts, are now ill prepared to deal with the huge pipeline of delayed eviction hearings, which will only worsen when restrictions are eased.  “…the stay on housing possession claims protected private and social renters from eviction during the COVID-19 pandemic, and was a significant step in providing security of tenure for most tenants in England and Wales during a difficult period,” the report says. “However, it has contributed to the backlog in the courts, further undermining the timely delivery of justice and placing additional pressure on the justice system. …the backlog across jurisdictions remains unacceptably high.” - The House of Lords’ Constitution Committee

Kimberly Mueller, chief judge of the U.S. District Court for the Eastern District of California is quoted by Bloomberg News: “I’ve become persuaded that the video conferencing by Zoom for civil scheduling conferences, civil law in motion, and quite a bit of criminal pre-trial work is a good enough equivalent to seeing someone in person”.

Embracing digital transformation via court case management systems, virtual hearing solutions, and self-service portals is evident in many countries now. This e-Justice revolution brings a lot of novelty to the routine of courts. Everyone uses Zoom these days, right? Well, a meeting to review HR policies may be fine on Zoom, but opportunities in the Justice sector must be approached strategically to avoid chaos, especially now that we can see changes that usually require 5-10 years, potentially roll out in the relative blink of an eye.

“In three months, we have changed more than in the past three decades, and now that we know innovation is possible, we have a unique opportunity to create long-term and much-needed change for our justice system.” – Bridget Mary McCormack, Michigan Supreme Court chief justice.

What does it mean for a justice system to be efficient? It means the management of caseloads and backlogs can proceed without further increase and delay. Of course, efficiency has different dimensions for different court users, but it all comes down to time. If we accept that the average duration of a court hearing is 20 minutes, imagine how much more time we add to this task by travelling and waiting, etc. Those are typically wasted hours which can be put to productive use with the help of technology.

“We have learned that we can achieve efficiencies without sacrificing what we value by using technology more than we did before, – Lee Rosenthal, chief judge in the Southern District of Texas, quoted by Bloomberg news.

Virtual courts also improve the accessibility of litigants. Carolyn Bell, a Florida state court judge, quoted by Bloomberg News says that virtual hearings led to fewer no-shows at her court hearings. It’s simply because litigants don’t have to take time off from work or disrupt their daily routine to appear in virtual court. Therefore, they are more likely to keep their appointments.

Another benefit in terms of accessibility is a psychological one. People who represent themselves are more confident when using solutions like Microsoft Teams for court hearings because they can be less intimidating; levelling-up, if you like. Anyone who has been a litigant-in-person will know what I mean!

“In the state courts, particularly people that don’t have lawyers, when they’re doing the Zoom hearing they actually feel more equal and able to communicate,” said Jeremy Fogel, a former federal judge and an executive director of the Berkeley Judicial Institute.

The same applies to domestic violence victims who often feel vulnerable in the presence of their abuser. Virtual courts are making justice more accessible to them simply by creating the needed psychological distance from their abuser.

Virtual hearings have detractors, though. Along with their benefits, remote court hearings come with some reservations. Randy Gioia, Deputy Chief Counsel for the Public Defender Division of the Committee for Public Counsel Services in Massachusetts, argues that witnesses are more likely to tell the truth if they have to look the judge, the jury, and an accused person in the eye. It just may take 12 months for them to reach court to do so, which is justice delayed… for victims and defendants! I believe virtual hearings will reduce the courts’ in-person workloads, which means hearings where witness reliability could be in question can happen sooner. In my opinion, this far outweighs any argument about ‘looking the accused in the eye’.

What we’ve experienced in the past 14 months is innovation that usually takes 5-10 years. It may not be perfect, but it’s a start due to necessity, and we may find ‘perfect’ isn’t necessary after all. Like all large and complex government IT projects, aiming for ‘perfect’ may be the goal, but in practice it’s never achieved because the goalposts are constantly moving.

HMCTS’ Common Platform is an example of how the UK is reforming justice and is encouraging the digital future of courts. Whether courts will extend their virtual hearing practices after the pandemic depends on the courts and judges. One thing is clear, courts that decide to continue with virtual proceedings will have to re-think whether they continue with the plethora of AV equipment deployed over the years, live with the generic virtual conferencing platforms like Zoom with all the well-documented security concerns, or make the jump to dedicated court hearing platforms built on industrial-strength platforms such as Microsoft Teams. 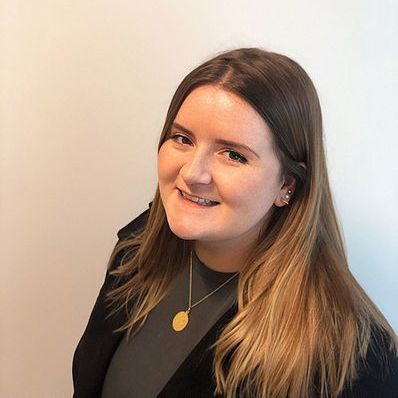 Georgie joined techUK as the Justice and Emergency Services (JES) Programme Manager in March 2020, then becoming Head of Programme in January 2022.

Georgie leads techUK's engagement and activity across our blue light and criminal justice services, engaging with industry and stakeholders to unlock innovation, problem solve, future gaze and highlight the vital role technology plays in the delivery of critical public safety and justice services. The JES programme represents suppliers by creating a voice for those who are selling or looking to break into and navigate the blue light and criminal justice markets.

Prior to joining techUK, Georgie spent 4 and a half years managing a Business Crime Reduction Partnership (BCRP) in Westminster. She worked closely with the Metropolitan Police and London borough councils to prevent and reduce the impact of crime on the business community. Her work ranged from the impact of low-level street crime and anti-social behaviour on the borough, to critical incidents and violent crime.

Jago joined techUK in July 2022 as a Programme Assistant to Financial Services, Justice and Emergency Services and International Trade. Prior to joining techUK, Jago studied an MSc in European and Global Governance at the University of Bristol. 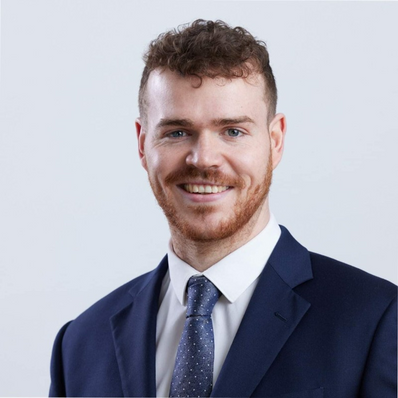 Robert joined techUK in October 2022, where he is now Programme Manager for Health and Social Care & Justice and Emergency Services.

Robert previously worked at the Pension Protection Fund, within the policy and public affairs team. Prior to this, he worked at the Scottish Parliament, advising politicians and industry stakeholders on a wide range of issues, including rural crime and health policies.

Robert has a degree in Politics and International Relations (MA Hons) from the University of Aberdeen, with a particular focus on strategic studies and energy security. Outside of work he enjoys activities such as running, rugby, boxing and cooking! 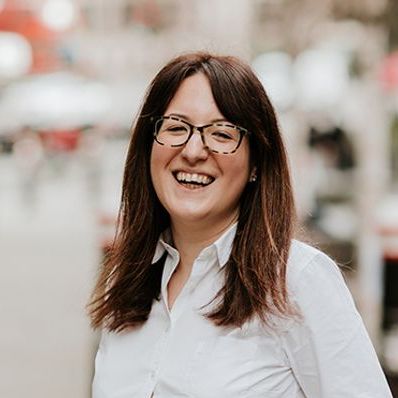 Georgina works with suppliers that are active or looking to break into the market as well as with local public services to create the conditions for meaningful transformation. techUK regularly bring together local public services and supplier community to horizon scan and explore how the technologies of today and tomorrow can help solve some of the most pressing problems our communities face and improve outcomes for our people and places.

Prior to techUK, Georgina worked for a public policy events company where she managed the policy briefing division and was responsible for generating new ideas for events that would add value to the public sector. Georgina worked across a number of portfolios from education, criminal justice, and health but had a particular interest in public sector transformation and technology. Georgina also led on developing relationships across central and local government.

If you’d like to learn more about techUK, or want to get involved, get in touch.

Raya Tsolova is the Programme Manager for National Security at techUK.

Raya is responsible for all National Security related activities across techUK, specifically in the established programmes of Defence, Cyber Security and Justice & Emergency Services. Raya will leverage relationships with existing stakeholders across the three programmes, and will build new relationships between techUK and key stakeholders who are of interest to member companies.

Prior to joining techUK, Raya worked in Business Development for an expert network firm within the institutional investment space. Before this Raya spent a year in industry working for a tech start-up in London as part of their Growth team which included the formation and development of a 'Let's Talk Tech' podcast and involvement in London Tech Week.

Raya has a degree in Politics and International Relations (Bsc Hons) from the University of Bath where she focused primarily on national security and counter-terrorism policies, centreing research on female-led terrorism and specific approaches to justice there.

Outside of work, Raya's interests include baking, spin classes and true-crime Netflix shows!