The future of TV: in defence of SVoD and pay-TV

With the news today that DCMS is to review the future of Public Service Broadcasting (PSB) this article makes an unashamed defence of how a diverse broadcast ecosystem of PSBs and new players co-existing and complementing each other is delivering for Britain.

We should firstly say that techUK supports PSBs. They play a role in national life no-one else can and are hugely valued by the public. Linear TV remains the most popular way to watch content and we believe the Digital Terrestrial TV platform and Freeview should be here to stay. However young viewers are switching to other platforms and Ofcom research has shown that 53% of homes have at least one of Netflix, NOW TV or Amazon Prime.  We have also seen Britbox, Apple TV and Disney+ come online in the last year plus new innovations from Sky, Virgin Media and BT TV in the pay-TV space.

With all this change and new competition it could be concluded that PSBs are under threat, but techUK argues that more choice for viewers and new opportunities for the British creative industries is only a good thing. The current situation where PSBs, pay-TV and SVoDs co-exist, co-operate, and complement each other is working, and techUK urges DCMS, Ofcom and the PSB Advisory Panel to not lose sight of the huge benefits and innovation SVoD and pay-TV players are bringing.

Viewers are the main beneficiaries of this hybrid system. As well as enjoying PSB content viewers have access to vast catalogues of content and choice has never been bigger or better. Some of the most talked about and relevant TV shows have been SVoD and pay-TV originals and viewers are obviously enjoying this content and creating new cultural phenomena such as Baby Yoda, the Iron Throne,  Carol Baskin memes as well as powerful, impactful documentaries. There is genuine diversity with content tailored for specific audiences and every niche and interest is being catered for, which means all audiences are being served.

The creative industries are also benefiting hugely from investments being made by SVoD and pay-TV operators. Previously it was PSBs representing a few channels that decided what programmes were made with commissioners having to pick very carefully as they only have one 9pm on Sunday slot. SVoD and pay-TV players are not limited by this due to their catalogues so can take more creative risks and commission more original content.

The result of this is a significantly more work for the UK creative industries. Industry and government have successfully made the UK a genuinely ‘world beating’ place to make content and our film and TV production sector is a global success story. SVoD and pay-TV companies know this and are choosing to make content here. This means more work for British studios, production crews, actors, musicians, post-production, and special effects wizards and demand has not been higher for skills in this area. There are multi-billion-pound investments in new facilities across the country and this should be proof that having more competition increases demand from our skilled creatives.

Any techUK insight would be remiss to not mention innovation and we believe SVoD and pay-TV are driving huge innovations. The way applications easily integrate with smart-TV platforms for example delivers a great customer experience without the bureaucracy associated with PSB catch up players. 4K and UHD by default means people are seeing content in the highest quality, yet PSBs still do not offer this beyond a few trials. We encourage PSBs to look at (and perhaps adopt) some of the practices that are seeing SVoD and pay-TV operators and want an environment where there is genuine choice and competition. iPlayer is one of the most iconic British tech products of all time and shows that the PSBs can be a hub of innovation and we strongly encourage them all to keep innovating (as well as investing in content) to maintain their relevance in the literal eyes of viewers.

Overall techUK looks forward to working with DCMS, Ofcom and members to look at these issues and highlight the positive role of tech in broadcasting, from device and TV manufacturers to SVoD players, telecoms businesses and pay-TV operators. The review is a chance to look at what does and does need to change and calls on the government and regulators to be guided by the evidence and make sure it listens to all players in the sector.

To learn more about what techUK is doing on broadcast and media policy get in touch using the details below. 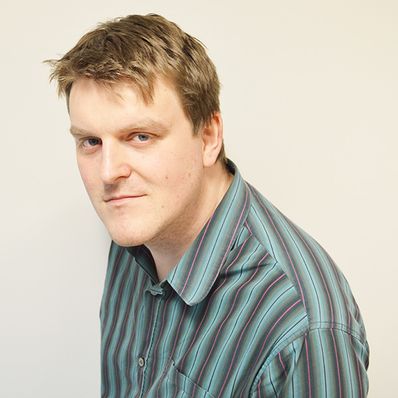 Prior to joining techUK he worked in public affairs, communications, television and consumer electronics and he has an avid interest in new and emerging technologies.

Craig has a degree in Ancient History from King’s College London and spends his time watching Watford FC. 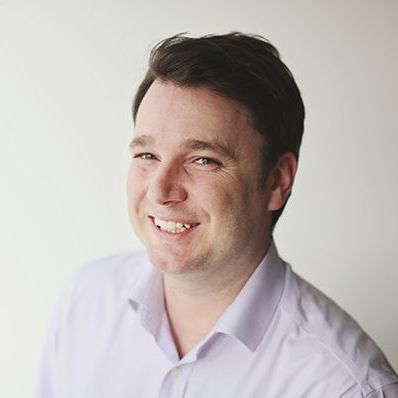 Lucas Banach is Programme Assistant at techUK, he works on a range of programmes including Data Centres; Climate, Environment & Sustainability; Market Access and Smart Infrastructure and Systems.

Before that Lucas who joined in 2008, held various roles in our organisation, which included his role as Office Executive, Groups and Concept Viability Administrator, and most recently he worked as Programme Executive for Public Sector. He has a postgraduate degree in International Relations from the Andrzej Frycz-Modrzewski Cracow University.