techUK partners with Mail Force to get more devices to schools

We are delighted to announce techUK’s partnership with Mail Force on their Computers for Kids Campaign!

Over the past few weeks and months many techUK members have been getting in touch with us to explore how they and the wider tech sector could offer concrete support to schools and students to enhance and accelerate home learning. And of course many of members have already been making donations to support schools and families. After discussing the issues with several members and other stakeholders we have come up with a mechanism to channel offers of support from members to those who most need them.

We are delighted to be able to announce techUK’s partnership with Mail Force – the Daily Mail charity who in the last couple of weeks have launched their Computers for Kids campaign - and members can offer their support now! This campaign has the support of the Department for Education, and complements the significant and ambitious DfE “Get Help with Technology” programme, which has so far delivered over 1 million devices to schools across the country.

Via this partnership we have set up a channel for members to offer support and contributions quickly and easily. The campaign presents a great opportunity for our industry to come together in support of a shared goal.  It is endorsed by central government, covers all the nations and regions of the UK, has the infrastructure already set up, and so we are very pleased to be able to plug offers from members into it, and quickly start getting devices and other contributions to those who need them.

Please click here to download the FAQ document which contains all the information you should need. And I’m delighted to say that members can right away make their offers of support by visiting the website (please do remember to tick the techUK member box on the form)!

Whether you’re looking to offer devices, software licences, connectivity or cash donations, you’ll be able to do so via this mechanism. And now we at techUK would like to encourage all our members who are in a position to do so to consider what they can offer and to make donations if you’re able!

We really hope that via this partnership our industry will be able to build on the great work that’s already been done and help get even more support to schools and students who need it. 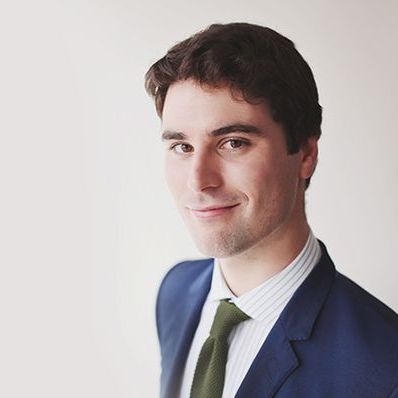 Henry is Associate Director for Government and Health at techUK. responsible for our Central Government Programme, Public Services Board, and Health & Social Care Programme.

He is responsible for managing strategic relationships across Whitehall and the NHS, working with individual departments and cross-cutting Government functions to promote better engagement between the public sector and the tech industry.

Henry originally joined techUK in February 2016 as the Programme Manager for Justice and Emergency Services. Prior to joining techUK he worked as the Policy and Communications Officer in the Centre for Science and Policy at the University of Cambridge. In this role he ran programmes to enhance knowledge exchange between academia and government, with a particular focus on issues of national security, law enforcement and defence. Henry was also responsible for advising on CSaP's communications strategy.

He holds an MA(Hons) in Classics from the University of St Andrews. After graduating he worked in a west London law firm, followed by a spell in the House of Commons, before taking up his position at CSaP.