Over the last fifteen years, the number of major telecom equipment vendors in the world has shrunk, largely through consolidation. Today there are around eight hundred mobile network operators (MNOs) in the world and just three major vendors (Ericsson, Huawei, and Nokia) that control over 80% of the market. Over the last ten years, major MNOs have become increasingly concerned about this, which led to activities in standards bodies and industry associations to aim to make it easier for other vendors to compete in the telecoms market.

One way of enabling more competition is to switch the technology from being hardware to software that runs on standard servers. In theory, this reduces the barriers to entry as vendors no longer need to develop their own hardware. It also enables MNOs to use technologies developed for large-scale cloud deployments, such as containerization and automation, which have the potential to reduce their OPEX. It is all made possible by the relentless march of Moore’s law, which sees servers doubling in their processing power roughly every two years. In contrast, the processing requirement in many telecoms functions has not increased at such a rate. However, in this 5G era, all the functions of the core network can be implemented in this way.

Specialised hardware is still necessary for the Radio Access Network (RAN) and organizations such as the Small Cell Forum and O-RAN Alliance have specified standard interfaces that make it easier to run some RAN functions on standard servers. There is a limit, plus the antennas and radio frequency electronics (which connect to them) simply cannot be implemented in software. The physical layer (PHY) functions cannot be implemented in software running on standard servers, and it would be prohibitively expensive to do so and would consume huge amounts of power. The major vendors have all developed their own semiconductor chips for their PHY functions, which has cost them tens if not hundreds of millions of Euros in R&D spend. As such, they are certainly not going to sell their chips to other vendors and allow them to compete. Newer entrants to the market need to use chips that they can buy on the open market to be competitive, however many such devices are simply not optimised for RAN applications.

The Small Cell Forum, O-RAN Alliance, Telcom Infra Project, and other organizations, together with the member companies that are associated with them, form what has become known as the ‘Open RAN movement’. Some of the traditional RAN vendors, such as Nokia and Ericsson, are now playing a major part in this. They can develop equipment that conforms to Open RAN standards using their in-house chips and economies of scale. As such, MNOs might find it cheaper to buy Open RAN equipment from their traditional suppliers than from new entrants. History shows that they will opt to do this even though broadening their supply base would be in their long-term best interests.

Challenger Open RAN vendors need access to optimised Open RAN chips that they can buy on the open market to compete with the traditional vendors. However, the fact that those traditional vendors are likely to use their RAN chips has deterred most semiconductor manufacturers from developing these types of chips.

Enter Picocom, the first semiconductor vendor to specialise in developing chips to fully support 4G/5G standards and incorporate standard-compliant Open RAN interfaces. With that, Picocom is contributing to the Open RAN movement by empowering a fundamental change in RAN economics and enabling new entrants and challenger companies to compete in the Open RAN market. 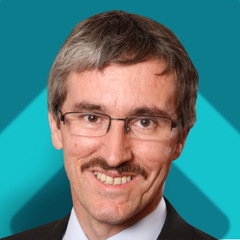 Guest blog by Peter Claydon, President, Picocom. Peter Claydon is president of Picocom. He has a career spanning 35 years in the fields of semiconductors and wireless, ranging from avionic systems through video encoding and digital TV through to 3G, 4G and 5G cellular systems. He was a founder of UK, Bath-based company Picochip, where he oversaw the creation of the first chips used in small cell cellular base stations that are in-use in their millions throughout the world. Peter also worked on the development of 4G base stations at Airspan Networks and as an applications consultant at UltraSoC. Immediately prior to joining Picocom, he was the project director of the AutoAir 5G testbed. You can follow Peter on Twitter and LinkedIn.