Open Finance: why it is so important particularly in relation to geospatial and urban planning data

It has been said many times that data is the oil of the digital age, but this metaphor is frequently misunderstood. People often make the assumption that data is like oil because it is a valuable commodity that can be hoarded and traded. However, I believe the comparison is more useful when we consider that:

Hence we can see that like oil, data is not valuable in itself: it is only when it is used in ways that improve people’s lives that it starts to make sense.

So, how can a free flow of data improve people’s lives? In today’s interconnected society, we need the products and services we consume to be interconnected as well. In just about every aspect of our lives, we need to make literally hundreds of decisions in the course of a day. Will a bus or a train get us to our destination more quickly? Which roads should we avoid if we are driving? What is the best-value mortgage or insurance for someone in my circumstances? Is a particular item in stock at the shop we are visiting, or could we get it cheaper somewhere else? Is the house I want to buy near a good school, or is the local authority about to build a four-lane motorway nearby?

When companies, governments and other organisations make their data freely available, this enables software developers to create mobile applications, websites and chatbots that can help answer questions like those above. Private corporations, who once hoarded their data in the belief that it was too valuable to give away now see the benefits of putting certain information in the public domain so it can be aggregated, rather than building a walled garden and creating their own interfaces.

One reason is that large companies are sometimes unable to act with the speed and agility of smaller organisations or individuals. Transport for London have been early movers in the open data space, and independent developers have been quick to create apps to meet demand (for example, the excellent London Live Bus Countdown). And in the US, open-source developers created apps that could show people where their nearest vaccination centres were.

For private companies, the ability to get information out to a wider group of potential customers makes the extra effort in standardising data worth the effort.

For example, Char.gy, who provide lamppost charging for electric vehicles, provide data on the locations of their chargepoints via the Open Charge Point Interface protocol (OCPI).

“We want all EV drivers to be able to charge anywhere, on any charge point, so we open up our locations and status data through the Open Charge Point Interface (OCPI) protocol. We make Pay-As-You-Go as seamless as possible and integrate with as many roaming partners as we can,” explains CEO Richard Stobart.

This means that EV drivers can easily access information about where to find their nearest chargepoint, regardless of which provider has installed it. This is just one example of how, as we move towards smart cities, many different types of people and organisations need access to information about the built environment. Urban planning professionals need joined up access to all types of information, and often a city-wide approach may encompass many local authorities with different ways of storing records.

Anyone who has tried to buy a house or a flat in the UK can tell you how long it can take for search information about a property to be returned. In an ideal world, you would be able to enter a postcode and with one click see whether a particular property was in a conservation area or a flood zone, whether it had been built on a brownfield site, whether a major new road or railway was planned to pass within earshot, and what alterations had been made to the property during its lifetime.

While the UK government website offers the chance for anyone to enter their postcode and search for planning applications in their locality, so that they can either raise a concern or get more information about a prospective purchase, the lack of standardisation between councils means a confusing patchwork of information.

This has been thrown into sharp focus by the new building safety legislation following the Grenfell Tower tragedy that means buildings over 11m need to have their cladding materials recorded. In a perfect world, acquiring a list of these buildings would simply be a matter of running a query over a unified dataset available through a nationwide planning register. Instead, the piecemeal nature of different local authorities’ approach to planning registers and the inconsistent way in which data is structured and stored means inefficiencies, duplicated work and - possibly - missed altogether. Some local authorities have moved more quickly than others, but in many cases, the process of storing planning applications digitally has meant simply that instead of physical pieces of paper being passed around, the same documents are being stored in PDF form.

At Unboxed, we are working on a project called BoPS (Back-office Planning System) funded by the MHCLG Local Digital Fund and led by Southwark Council & Partners, to create a user-centred back-office town planning system that uses accurate, up-to-date records and data to increase efficiency across the planning application process. This will enable real-time open planning data to be made available via an API for use in planning registers or any other application anyone wants to build.

Working on the project has brought into sharp relief the challenges of accessing geospatial data - the type of information that tells us where streets, neighbourhood boundaries, trees, rivers and many other features are located. Local authorities collate and provide this information in many different formats, and lack of interoperability between datasets and other systems has become such a pressing problem that the Government last year published a strategy dedicated to improving the situation.

According to their review: “A lack of agreed and controlled standards was seen to have resulted in widespread differences in the collection, collation and availability of geospatial data. Furthermore, changes in technology and the inherent value of geospatial data have led to differences in the accuracy of data in reflecting a given location, property, asset or characteristic.

“The lack of interconnectedness and interoperability between related datasets – due to a historical lack of common identifiers, differences in standard and the intended use for data – was seen to impact on the quality and objectivity of planning decision making. Restrictions to GIS functionality and interoperability within much planning software and Local Authority systems further compound issues by locking users into systems that can’t talk to one another, impacting the management of geospatial data.

“A key implication of this review is that standardisation is a critical first step for unlocking the potential of geospatial data.”

In previous decades, this data was primarily used in-house and as long as the organisation’s employees and IT team knew how it was stored and where to find particular pieces of information, it was not an issue for anyone else. Many large institutions had proprietary software written so that it could interface with the specific way they stored their own information. Now that the importance of open data has been recognised, standardisation is crucial - but data does not organise itself into neat structures that correspond to modern agreed open data standards, and this technical work needs to be prioritised and paid for - something that can be hard to justify when there is so much pressure on public services.

Raising awareness of the potential of open data to change lives for the better - and also the potential consequences if we do not make use of this information - is critical if we are to take full advantage of the possibilities of this wealth of resources. 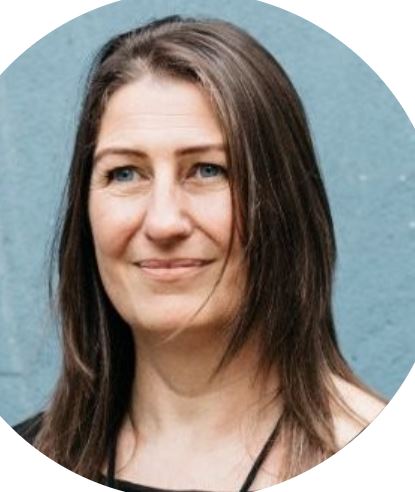 Guest blog by Rhian Lewis, Developer, Unboxed. Rhian Lewis is a software developer at Unboxed Consulting, a London digital agency creating products and services that solve complex problems and have a positive impact on people’s lives. Visit her LinkedIn to know more.

To know more about Unboxed Consulting visit their Twitter and LinkedIn.

To read more from #OpenFinanceInclusion Campaign Week check out our landing page here.