Let’s use our heads to solve digital exclusion

On 20 April, techUK will host its Open Finance and Inclusion Summit. During the conference's final panel, sponsored by LexisNexis Risk Solutions, speakers will explore how to unlock digital finance for all. In this guest insight, Jonathan Craymer, chairman of Shayype suggests many of the problems of digital exclusion could be solved without depending on phones, physical devices or indeed anything which can be stolen from the user

A friend of my eldest daughter suffered a house fire over the recent Easter weekend, and it became immediately clear was that as she had lost her phone in the blaze, she couldn’t even begin to sort her life out. Her digital ‘ID’ had evaporated in an instant.

It came as a shock to the young lady concerned to see at first hand the fragility of our digital world and how quickly anyone can join the ranks of the ‘digitally excluded’.

Now imagine you’re someone who has never been digitally ‘included’. You’re say a farmworker or perhaps a factory (sweatshop?) worker, possibly a woman. Suddenly out of the blue you’re offered phone-based banking as a way to create financial independence, a new sense of personal identity and a place in the world.

Perhaps after the initial delight has worn off, reality may dawn. Where will you keep your precious phone/device during the day? Will you leave it at home, risking somebody stealing it or perhaps worse, breaking into your newly acquired phone-based account? Will the mere fact that you’re now carrying a valuable item around turn you into a target for thieves?

Now don’t get me wrong. I’m not criticising phone-based fin-tech per se. Much of it is extremely useful, transforming the lives of people in many parts of the world where a lot of ‘civilised’ infrastructure does not exist. Largely due to mobile based banking, an additional 1.2bn people have managed to set up and access their own accounts in the last few years according to the 2017 Global Findex report.

But what if, instead of having to depend on a vulnerable physical device which has to be regularly charged and will not work without a signal, individuals are able to prove who they are via a simple mentally held secret? Without anything to steal, and able to work anywhere, any time.

We’ve been working to develop such a perfect universal authentication ‘front end’, and the result - ShayypeTM technology - allows users to extract one-time passcodes (OTPs) from a screen display, just by applying a simple pattern or shape held in their heads. What’s displayed looks like a randomly numbered grid, a bit like a game of Sudoku. Except that the ‘right’ user, armed with her/his secret pattern, can extract a set of one-time digits over and over. It’s like having ‘two factor’ without the need for a separate device, and with nothing to steal.

The important thing is that a user of an online service can now prove who they are, anywhere, any time (provided they can access an online display) creating a high degree of confidence that they are indeed the right user.

Such a system also brings all kinds of benefits for physically or sight disabled users, and of course the up-side for the fintech industry is also huge. (Think ‘chip and PIN’ for credit and debit cards online, or fraud-free e-commerce.)

I’m going to end by issuing a challenge to any banks, KYC or big data companies reading this. Imagine being able to offer the world’s digitally excluded a chance to prove who they are, armed with nothing more than a pattern held in their heads. You make sure the customer is genuine, then give them an OTP facility. A truly world-changing combination. 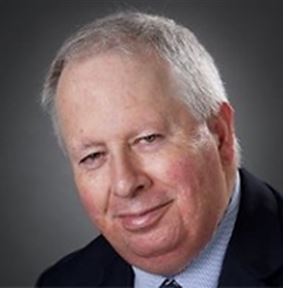 Guest blog by Jonathan Craymer, chairman, Shayype Limited. Follow him on LinkedIn to know more about this author.

To know more about Shayype Limited, visit their Twitter and LinkedIn pages.

To read more from #OpenFinanceInclusion Campaign Week check out our landing page here.