Leading the pack: Quantum commercialisation in the UK

Quantum computing has the potential to generate productivity gains and end user value between $450 and $850 billion over the next 2-3 decades. Dr. Michael Cuthbert, Director of the UK National Quantum Computing Centre explores how the UK is positioning to harness the power of quantum. Part of techUK's Quantum Commercialisation week. #QuantumUK 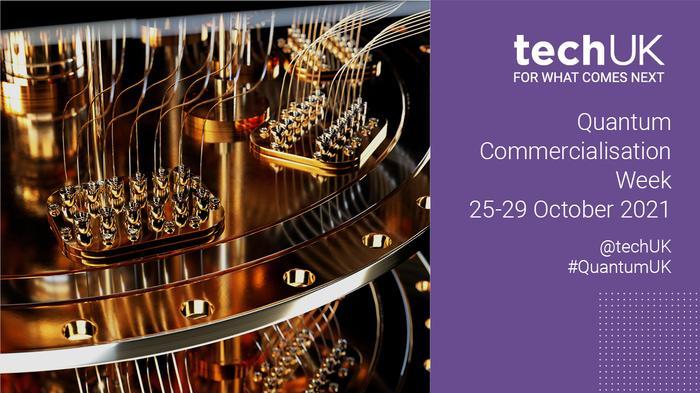 Quantum science involves harnessing the unique ways that light and matter behave at tiny atomic or subatomic levels. This science has already transformed people’s lives by developing the building blocks of modern computers, the mobile phone, and the MRI scanner. A second quantum revolution is underway, ushering a new era of computing and quantum information processing. This will be a step change in computational power over our current ‘classical’ technology, making intractable problems today, solvable in the future.

The potential is exciting, but the technology is still at an early stage, with many technological and engineering challenges to be overcome, thus necessitating a comprehensive programme of research, innovation, and training activities.

The availability of quantum computing will impact many sectors, enabling improvements in efficiency, productivity and competitiveness as well as the creation of new products and services. Recent estimates indicate that $5-10 billion could be realised by technology providers and end users over the next 3-5 years, assuming the technology scales at the predicted pace. In the longer term, as we move towards practical, general-purpose quantum computers, it has been estimated that quantum computing has the potential to generate productivity gains and end user value between $450 and $850 billion over the next 2-3 decades.

The UK Government has long recognised the potential of quantum technologies and has committed £1 billion of public and private investment over 10 years (2014-24) through the National Quantum Technologies Programme (NQTP), which spans the areas of sensing, timing, imaging, communications and computing. More recently, greater emphasis has been placed on driving commercialisation and economic impact. Onto this network of academic research, government engagement, industry and venture investment, supply chain growth and international collaboration the National Quantum Computing Centre (NQCC) was launched in September 2020.

That pathway to commercialisation is lengthy; hardware development costly and systems integration challenging. Although quantum computing is expected to be a disruptive technology with wide economic impacts across all high-value sectors of the economy, broad commercial applications of quantum computing may remain several years away.

Despite this long term outlook and the need for patient capital there is no need for pessimism, the UK already has 43 quantum technology start-up companies that have raised over £135m between them, employing over 370 people, of which the majority are in quantum computing. According to NQCC research, of the key quantum computing end-user industry sectors; UK financial services, chemicals, pharma and energy contributed over £260bn to the economy with sector growth drivers of exports and internal R&D investments.

There are a growing number of international programmes, research groups, start-ups and industrial players.

Given the potential impact, quantum computing is unsurprisingly attracting significant investment. High profile progress has been made among industrial players in North America. However, around the world the pace of development and the investment is growing. Many of the leading industrial efforts have developed from academic research groups with corporate venturing a growing feature of the quantum computing landscape with direct investment into academic groups and start-ups.

Despite the global pandemic over $10bn of new public investment has been announced since Jan 2020 with over $1bn awarded through public competitions and a similar amount raised in private capital in the same time period. Global annual public sector spend on quantum technologies has more than doubled since 2015. Looking across corporate engagement, number of start-ups, capital raised and supply chain maturity as measures of commercial progress the UK is well positioned.

The NQCC will help ensure that world leading research and innovation continues to grow and flourish in the UK – keeping us in that leading pack.

The debate on multilateral taxation, where are we now?

As an October deadline approaches for the OECD what is the state of the debate on multilateral tax and when can we expect a resolution.

Geospatial Data and transforming the UK's approach to transportation