GlobalData: The Next Ten Years in Policing Technology – What to Expect

Both 2020 and 2021 were important years for public sector technology. As COVID-19 swept across the globe, UK police forces accelerated digital transformation efforts to keep services running smoothly. At the same time, the pandemic exposed process inefficiencies that had lingered for years in some constabularies.

The decentralised nature of law enforcement in the UK means that major technology changes can take time, resources, and a high amount of coordination to implement. Long term goals are usually set by governing bodies such as the NPCC, MOPAC and the Home Office, culminating in strategic reports such as the Policing Vision 2025 and the National Policing Digital Strategy 2020-2030.

The question is: are these wider plans being followed by most police forces? If so, what can we expect for the next ten years in policing technology?

The Eternal Move to Cloud

An increasing number of police tools and services are available in the cloud. Individual forces, such as the Metropolitan Police, have adopted and followed a wider ‘cloud first’ policy, looking to public cloud to host its applications whenever possible.

Moving the whole UK police ICT landscape to the public cloud may, however, be a different story. According to freedom of information requests from December 2020, 74% of UK police forces were still managing big parts of their data and applications on-premises, and 13% of all UK forces did not store any data in the cloud at all.

Despite the slower than expected adoption pace, the move to the cloud in policing is happening, and it will become even more evident over the next ten years. Higher trust, lower cost and stronger use cases will be important drivers to increase cloud hosting in law enforcement.

Police interoperability is always a key topic in law enforcement ICT and is usually a complex issue. On the ICT side, each force has its own procurement and technology divisions using different applications to fulfil essentially the same functions. With this decentralised approach, more efforts are needed to make these disparate applications communicate when joint operations involving multiple police forces take place.

Over the next ten years, we expect to see advancements in how police applications communicate and a more standardised data environment between forces. In August 2020, the Home Office, NPCC, College of Policing (CoP), and the Police Digital Service (former Police ICT Company) created the National Standards Program (NSP). The new initiative aims to establish a new governance model across policing and a new standard in police procurement to promote the use of compatible systems. NSP’s creation could be the first step towards better data exchange across policing and is expected to show results over the coming decade.

As cyber-attacks become more sophisticated, police forces will need to invest and make the necessary upgrades to protect themselves against threats and vulnerabilities. Once again, a standardised approach may help law enforcement achieve a higher level of cyber resilience.

In 2020, the NPCC announced plans to develop a new technology risk framework for cybersecurity. The key objective for the framework is to set up a new data security model across policing linked to each police force’s ICT enterprise architecture and embedding the “security by design” approach. Although the technology risk framework plan is still in its early stages, if successful, the framework will allow smaller police forces to benefit from wider support and better paths to implement their cyber security priorities over the next decade.

Although quantum computing is still considered embryonic in ICT, the NPCC and Police Digital Service are making future bets on the technology. In June 2021, central government launched a new £210m AI and quantum computing centre in North West England with a public-private partnership with IBM. The project aims to develop new use cases for AI and quantum computing, including the use of quantum encryption to protect sensitive data at public organisations.

Despite being in its early stages, we will likely see some practical use of quantum computing in policing over the next ten years which could develop into the new standard for data encryption moving forward.

With Intelligent Automation (IA), functions such as intelligence reporting, penalty processing, evidence, and case logging could be partly automated, enabling officers to spend more time in the field and decreasing unnecessary trips to the police station.

As an example, Avon and Somerset Police have applied IA on several current processes. The force chose IBM as the key delivery partner for IA in June 2020 and had 12 different processes automated in 10 months. As a result, they have already freed up 20 FTEs, totalling 35,000 working hours, with a total target of 70 FTEs by the end of 2024. With such benefits, we expect to see more police forces making use of IA to optimise their current processes over the next ten years.

Although a decade of ICT changes seems like a long time, big transformation efforts in the public sector are often lengthy. For example, the first ‘cloud first’ policies from central government were published eight years ago and yet there is still reluctance from some constabularies to adopt the approach in 2021. However, optimising current systems related to data exchange, hosting, legacy processes and cyber resilience is becoming a reality and bringing important performance gains to local police and will continue to do so over the decade to come. 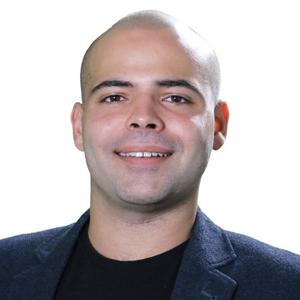 Leonardo Bulgarelli Freitas has been working on analysing and understanding the impact of new technologies and ICT investments driven by Public Policies within several spheres of the UK’s public system, such as Healthcare, Police, borderforce, transportation and local government at GlobalData. Learn more about this author here.

To learn more about GlobalData, please visit their Twitter and LinkedIn.

To read more from #techUKSmaterState Week check out our landing page here.