Innovation can be an over-used, and sometimes misused, word in conversations about digital transformation, particularly when it comes to government reform. It draws the reader in to thinking of shiny new technologies, such as blockchain, software-defined networks and others. However, as those of us that have long been involved in the use and analysis of public sector technology know, the mechanics of data and information storage and management across Whitehall still relies heavily on layer upon layer of IT systems built up over decades.

Tremendous strides have been made to deliver citizen-facing services that are suitable for the 21st century consumer, hiding away the complex networks and mainframe-style processing that provides the data needed to fulfil the questions being posed. While the back-end systems may prove costly to maintain, the risk of abandoning them for new services developed using agile techniques an open standards-based tools would be too much for the government, and indeed the country, to bear. If the tax collection systems suffered a prolonged outage, the flow of cash into HM Treasury’s coffers would dry up in short order and UK plc would grind to a halt soon after. Yet tech innovation can only play a small part in accelerating the move away from these legacy systems, euphemistically disguised as “technical debt” in modern parlance.

To attain the next level of transformation, the government needs to look at innovation in a broader sense. Users of government services want to access those services in a more holistic way and the likes of Tom Read, the new head honcho at Government Digital Service (GDS) understands that, talking recently about “life events as-a-service”; enabling single access to processes that cut across different government departments and breaking down the siloed way of working that has become entrenched over years. Some senior leaders in key departments get it too, and speaking at the same event, Joanna Davinson, leader of the digital, data and technology (DDaT) profession in the civil service, talked about a “coalition of the willing” prepared to work towards such aspirations.

However, my concern is that the Cabinet Office, through the Central Digital and Data Office (CDDO) and GDS, still has no strong mandate to enforce cross-departmental collaboration. It can only advise, cajole, and loosely regulate through the spending controls process. The power to change things would appear to lie with the Treasury in the allocation of budgets, which is still done through provision for projects, including major IT ones, directly to the delivery departments. In an environment where we are likely to see further pressure on budgets to ease the burden of debt brought about by the pandemic response, permanent secretaries may be reluctant to share cash for programmes that are not totally within their control.

True innovation would be an overhaul of the archaic spending review process; one that recognises a need to deliver pan-government services in a cohesive, collegiate way. That doesn’t mean giving the CDDO or GDS increased funds. It would be better to top-slice departmental budgets and create a new pool of cash specifically to build services that require collaboration between departments and which deliver a more streamlined experience for the users. In other words, you, me and every other citizen of the UK. I’m sure there may be arguments about who controls it: Treasury, Cabinet Office, or even a new and separate Department of Government Spending, as advocated by Lord Maude in his recent review of government processes. However, politics should not stand in the way of nudging the needle onwards. 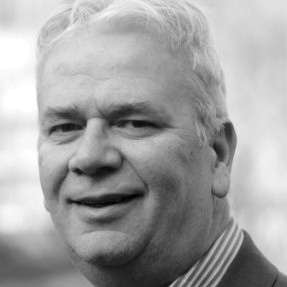 This article was written by Rob Anderson Principal Analyst, GlobalData.

Rob Anderson leads research and analysis of Government ICT for GlobalData, one of the world's leading market intelligence providers. With 30+ years involvement in the use of IT in the public sector, Rob is a keen follower of technology-enabled policy delivery and has supported many organisations in driving change, both within IT suppliers and as a public servant.Whilst producing insightful reports on the GovTech market, Rob also delivers keynote addresses at industry events and can regularly be found promoting discussion on pertinent topics across social media platforms. A former Crown Representative, he has a deep understanding of both technology and commercial matters. Learn more and get connected with Rob, via his LinkedIN.

To know more about GlobalData, please visit their LinkedIN and Twitter.

To read more from #techUKPSInnovation Week check out our landing page here.