From Bitcoin to Britcoin, what to expect?

Chancellor Rishi Sunak has asked the Bank of England (BoE) to look at the case for a new ‘Britcoin’, or central bank-backed digital currency (CBDC), aimed at tackling some of the challenges posed by some digital currencies and explore the opportunities and use cases offered by this new technology.

In the HM Treasury’s statement, the Chancellor announced the launch of a new task force to lead the UK’s work on a central bank digital currency, which will bring together HM Treasury and the Bank of England. Two new forums will also be established to engage technical experts and key stakeholders (including financial institutions, merchants, business users, civil society groups, and consumers) through the process. In addition, to support private sector innovation, firms exploring how to use technologies like distributed ledger (DLT) to improve financial market infrastructure will have access to a new sandbox.

techUK published the Future of Digital Currencies paper in 2020 and welcomes this announcement which will support innovative firms to test cutting edge technology in order to deliver new products and services to market and help drive the adoption of digital finance including the development of digital wallets and new payments methods.

Inclusion must be considered alongside these initiatives, and it remains fundamental for support and solutions to be provided to all customers who rely on other payments methods such as cash. It is also critical that everyone, businesses, and individuals alike, have access to the appropriate support to use digital payments methods.

From Bitcoin to Britcoin, the landscape is broad

The different forms of digital currencies include:

There are two forms of CBDCs:

The broader economic backdrop and implications for money creation

Over the course of the last few centuries and decades, the store of value for most citizens has increasingly taken the form of ‘private money’, customers holding a claim on commercial banks. This trend has been further developed, with the emergence of new products and services and the shift from physical cash to electronic transactions.

This shift, which has resulted from the implementation of technology to provide more convenient ways to transact and store money, has also meant the decline of ‘State money’. Around 97% of the money in the UK is now ‘commercial bank money’ - electronic claims on banks.

Against that backdrop, technology and a CBDC offers the Bank of England a chance to shift that balance back towards State money and more means to control the money supply and deliver monetary and financial stability. The BoE has not taken a position on this matter yet but it has discussed it in numerous position papers.

The BoE has also stated multiple times that at present digital currencies do not pose a material risk to monetary or financial stability in the United Kingdom, particularly as Bitcoins represent only 0.003% of broad money balances. However, the BoE has developed an analysis of potential risks associated with digital currencies if some were to grow significantly without any mitigants implemented.

Technology, the enabler for better services and products

As highlighted above technology has been at the centre of innovation in financial services and money. Through the use of technology, banks, fintech, central banks and payments systems operators have been enabled to offer better, faster, cheaper and more secure ways for businesses and individual to store and move money.

Current private-led digital currencies are making the most of technology, and particularly DLT, and it is expected that Britcoin would be run on DLT too.

techUK will contribute to the debate and discussions to ensure the UK develops the right environment for the financial services industry and technology sector to be able to bring innovative payments solutions to the market, benefiting all individuals, communities, businesses and the public sector. Many opportunities could arise with the implementation of DLT and digital currencies, including fostering financial inclusion, and the UK should take this opportunity to develop a vibrant ecosystem and lead the way internationally.

The time to engage is now!

techUK has produced a paper and will now engage with key stakeholders. As HM Treasury and the BoE are forming the task force and planning to further engage with industry, we will put forward techUK’s members' views to ensure the work developed by the task force enables the development of more use cases and innovation within the industry and for the UK to remain a leader as more countries across the globe develop digital currencies initiatives.

If you want to find out more or get involved, do get in touch! 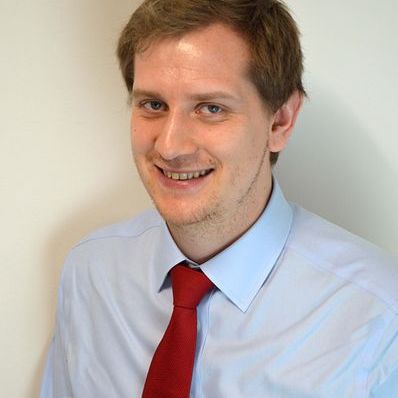 Hugo joined techUK in March 2019 as the Programme Manager for Financial Services and Payments.

Before joining techUK, he worked in policy and public relations for different bodies and agencies, including the economic and financial services team of the French Prime Minister’s EU affairs department, Edelman and CMS Strategic.

Hugo holds a master’s degree in Public Affairs from Paris Sorbonne University. In his spare time, he enjoys cooking and photography.