The European Commission has published its Digital Services Act (DSA) and its Digital Markets Act (DMA), shaping how online content and competition will be regulated in Europe.

The European Commission has published its Digital Services Act (DSA) and its Digital Markets Act (DMA), shaping how online content and competition will be regulated in Europe. Together these proposals aim to ensure that users are safe online and that digital markets are fairer and more open.

The DSA provides the first major update to content moderation since the adoption eCommerce Directive in 2000. It aims to protect users and improve the functioning of the single market, mandating that platforms that reach over 45 million people across Europe must limit the ability of illegal material spreading on their networks.

Significantly, it maintains the limited liability principle, which has been the backbone of the internet economy, enabling diversity and growth. The distinction between illegal and harmful content is absolutely key for providing the tech industry with certainty and clear rules. Online platforms have clear rules for the removal of illegal goods, services, or content, while harmful content is to be addressed through self and co-regulatory approach that is flexible and supports innovation.

The Act will introduce a series of EU-wide obligations for digital services, graduated on the basis of those services' size and impact. These obligations include:

Platforms that reach more than 10% of the EU's population (45 million users) are considered systemic in nature and are also subject to a new oversight structure. This will be comprised of a board of national Digital Services Coordinators, with special powers for the Commission in supervising very large platforms including the ability to sanction them directly. techUK welcomes this flexible approach which acknowledges the difference between legal and illegal harms.

The DMA targets a specific list of so-called ‘gatekeeper platforms’ and aims at creating a more competitive online environment.

Concretely, the DMA will:

How do these proposals align with what is happening in the UK?

These proposals in Europe are timely to what is taking place in the UK. They share a publication day with the UK Government’s final response to the Online Harms White Paper, and shortly follow advice from the Digital Markets Taskforce and Government on how the UK will form a Digital Markets Unit in April 2021 to operationalise its pro-competition regulatory regime.

The UK Government’s full response  to the Online Harms White Paper outlines how illegal and legal content will be regulated under a broad ‘duty of care’ which companies can fulfil by following codes of practice.

In comparison to the DSA, under UK regulation, all companies will likely have to provide greater protection for children against both harmful and illegal content, with some ‘high reach’ companies also having to protect adults from harmful content, which is still legal. Additional measures to respect user privacy, as well as senior management liability are also being proposed. The final ‘Online Safety Bill’ is expected next year and will provide clarity on some of the details of the Government’s response, such as definition of harm.

Similarly, in early 2021, further consultation will open on the UK’s new pro-competitive regime, including on the setting up of the ‘Digital Markets Unit’ which is likely to become a ‘centre of expertise of knowledge in relation to competition in digital markets’.

It is too soon to say for certain what the key differences and similarities will be with the DMA, although the UK will be setting out a pro-competitive framework for some of the bigger companies with ‘market power’, which is similar to the recent work of the Commission on the DMA.

What are the next steps?

Following these publications, the European Parliament and the Council will now start working on their own positions on the proposed DSA and DMA. Once adopted, the three EU institutions will negotiate a compromise proposal in the so-called trilogues, which will then become law. This process can take anywhere between one and three years or more, should there be significant differences between the three institutions.

As the UK and Europe continue to develop legislation along similar timelines, techUK will work with members to analyse the corresponding proposals in depth over the coming weeks. techUK will also look at hosting some workshops specifically on how the different decisions align and diverge. For more information on this please contact [email protected] and [email protected]. 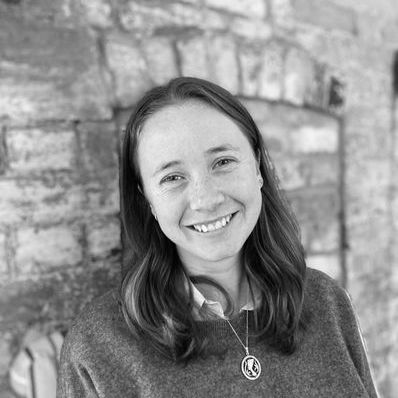