CityFibre: The role of Full Fibre to ‘Level Up’ the UK

Earlier this year, the Government published its flagship ‘Levelling Up’ White Paper, setting out the nation’s plans to transform the UK by spreading opportunity and prosperity to all its regions. Critically, digital infrastructure has long been recognised as an enabler of economic growth and so forms a central pillar of the ‘levelling up’ strategy.

Thanks to the emergence of digital infrastructure competition in recent years, the UK has seen a phenomenal increase in private sector investment into a new generation of digital infrastructure – Full Fibre. It’s future-proof and light years ahead of the copper-based legacy networks designed for making telephone calls, not transferring data. In the wake of the pandemic and the UK’s increasingly service-based economy, better connectivity has never been more important, and these legacy networks are well overdue to be replaced.

Thanks to a historic lack of competition, the UK is now playing Full Fibre catch-up with countries across the globe. Many of these more mature markets are already showing the host of economic benefits that stem from ultra-fast and ultra-reliable digital connectivity.

The prize for the UK economy

A new report by the consultancy Hatch (Economic Impact of Full Fibre Infrastructure from CityFibre’s Network), commissioned by CityFibre, demonstrates the size of the prize for our country. It found that CityFibre’s £4bn rollout to a third of the UK market alone could yield more than £38bn in economic benefits over the next 15 years.

Critically, with a third of CityFibre’s rollout in locations, the Government has identified as most in need of levelling up funding, this economic windfall will reach the places it’s needed most, helping to reduce the digital divide in areas which currently experience vast differences in both broadband coverage and service quality.

The North of England is set to benefit the most, with a predicted £12.4bn unlocked in economic growth. Hatch estimates the positive impacts will include £8bn in productivity and innovation gains, £1.5bn from a widened workforce, £410m in Local Authority efficiency savings and £4bn in increased housing value.

As a future-proofed infrastructure platform, Full Fibre is also an enabler of new technologies that are expected to have a major impact on our society and economy. These too will help transform those communities that have increasingly been left behind. The report shows that CityFibre’s new networks in the North will help to unlock £17bn from 5G services, £6bn from the Internet of Things and £3bn from Smart City initiatives. The shift from power-hungry copper networks to energy-efficient Full Fibre networks is also calculated to save more than 800k tonnes of CO2.

It’s clear then that Full Fibre infrastructure is an invaluable tool in our collective challenge to level up the UK economy. With rollouts already well underway, the good news is that this technological revolution will come both relatively quickly, CityFibre’s networks will be substantially completed by 2025, and at minimal cost to the public purse.

We cannot afford complacency though. It is infrastructure competition that has sparked this investment and it is only a healthy competitive market that will sustain it. It would be a travesty to allow the re-emergence of a monopoly in our digital infrastructure and, in so doing, fall short of unleashing Full Fibre’s true potential. 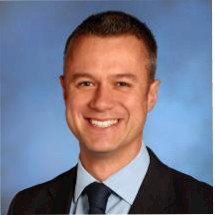 This article was written by Simon Holden, Group Chief Operating Officer at CityFibre. To learn more about CityFibre, please follow their Twitter and LinkedIn pages.